I've loved stockings and pantyhose my whole life.  I think it's because when I was a toddler, crawling on the floor, I saw my mother's legs and associated hosiery with female-ness.  That association has always been deep in my psyche.

Nylons were common on women when I was growing up.  In the workplace, they were often required.  For reasons I never understood, bare legs were considered indecent and covering them with ultra-thin, transparent stockings was thought to add modesty.  Why is that?

I just read a cool two-part article on nylons at Smithsonian.com.  I learned that nylons were invented in 1935.  They were immediately and hugely popular, so much so that there were actual riots when shoppers struggled to buy the limited pairs available.

During World War II, the material used to make them was diverted to the war effort and there was a corresponding shortage of stockings.  Being resourceful, women turned to pseudo-nylons and had stockings painted onto their legs.  Don't believe me?  Check out these historical photos.  Interesting, isn't it? 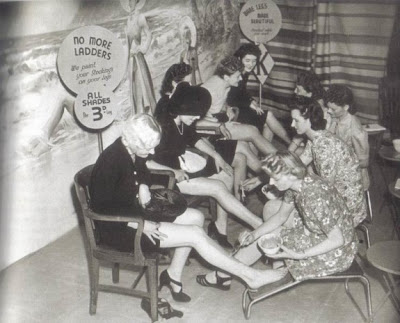 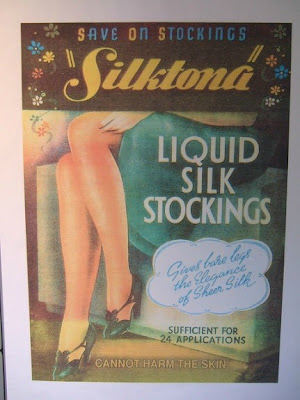 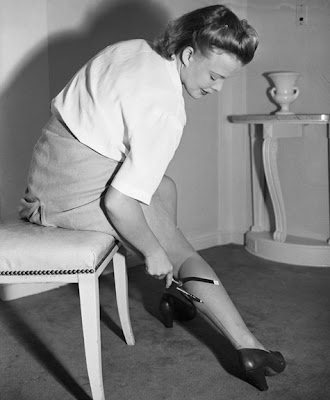