I love Canada. I've been to Vancouver, I've been to Toronto. I rode my motorcycle around Nova Scotia on the Cabot Trail. Every experience I've had up North has been a delight. Plus, I have several close friends who live in igloos there.

I was excited to see a new documentary about the country. The film is hilarious. A comedy-writer born in Canada explores important questions about being Canadian by travelling from the east coast to the west coast of the country, interviewing a dozen Canadians along the way. You'll recognize all of them. Seth Rogen, Mike Myers, Dan Ackroyd, William Shatner, Michael J. Fox, Eugene Levy, Jason Priestley, Conan O'Brien, Alanis Morissette, Howie Mandel and Alex Trebek. Your first reaction is, "I didn't know [he/she] was Canadian."

The movie is amusing and educational, focusing on questions like why are Canadians so nice, how do they manage the cold, and why does the rest of the world know nothing about Canada. I laughed and learned throughout the movie. So will you.
Posted by Shybiker at 9:47 PM 10 comments:

Sara and the Mermaid Blanket 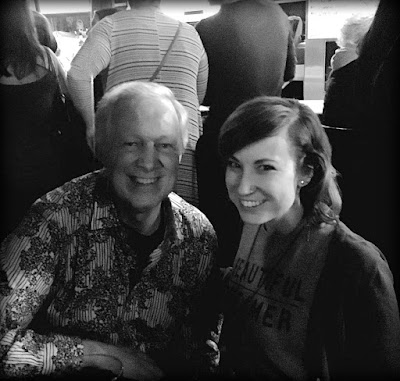 Over the years, Sara has proven herself to be an exceptional friend -- because she's an exceptional person. From the first time I met her, I knew Sara was special. I have an instinct for that.

For my birthday this month, Sara bought me a mermaid blanket. How perfect! Now I can relax in style. Ally-Cat style. It even came with a cute necklace. 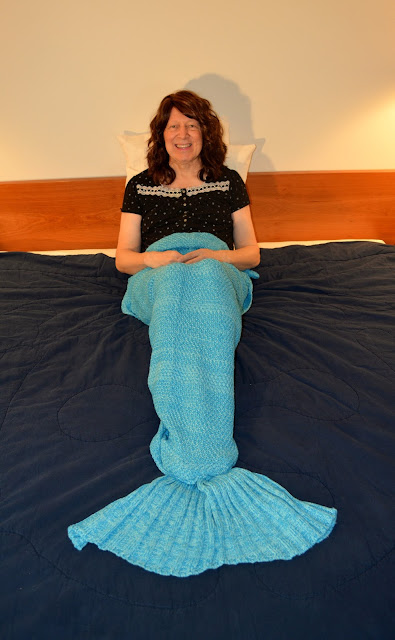 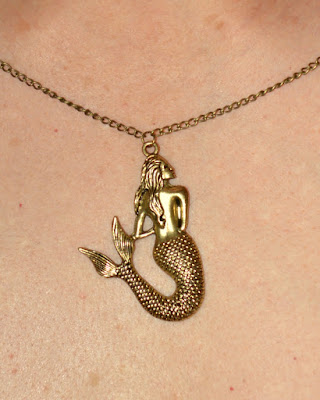 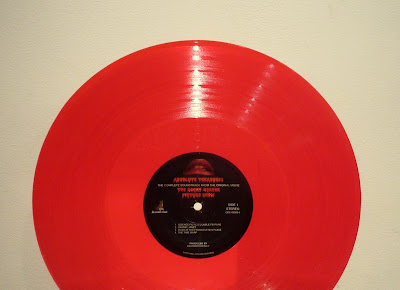 I braved the cold today and rode my motorcycle to a local museum for the opening of a new photography exhibition. The works include masterpieces from the best photographers of all time, like Ansel Adams, Alfred Stieglitz, Dorothea Lange, Cindy Sherman, Robert Mapplethorpe, Diane Arbus and Richard Avedon.

One picture I'd never seen before struck me. Created by Ormond Gigli, it displays 43 models in the windows of a building about to be demolished. Here it is, followed by photos I took of sculpture and a plant on the museum grounds. 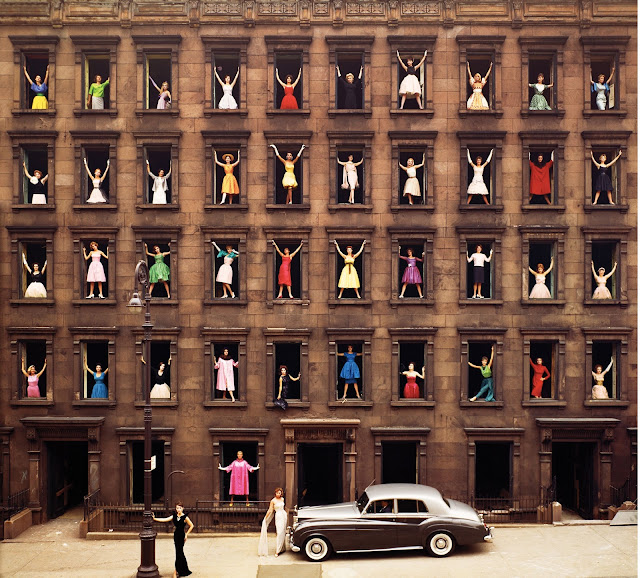 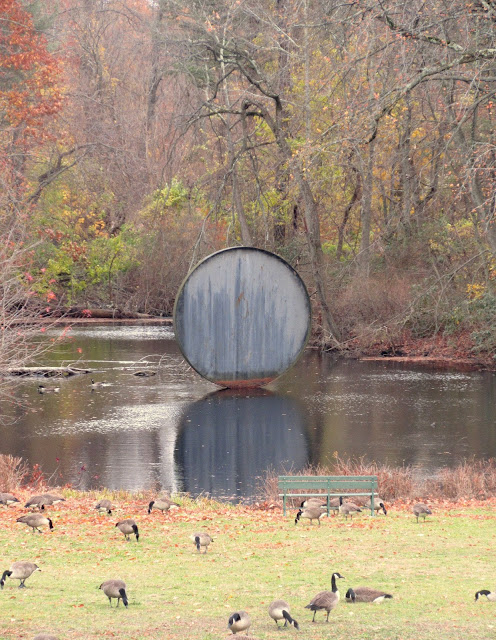 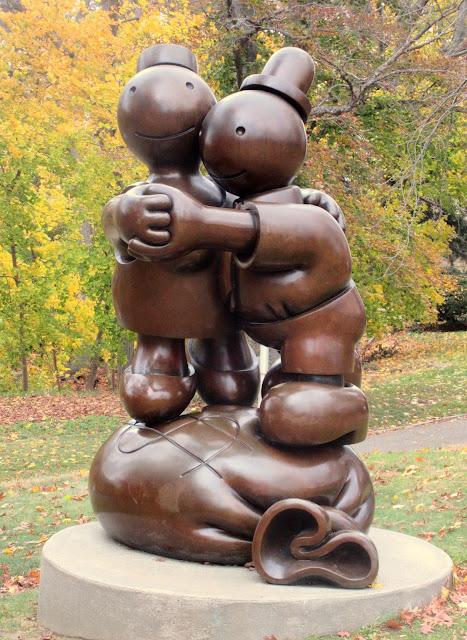 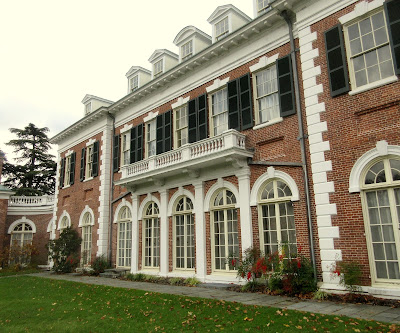 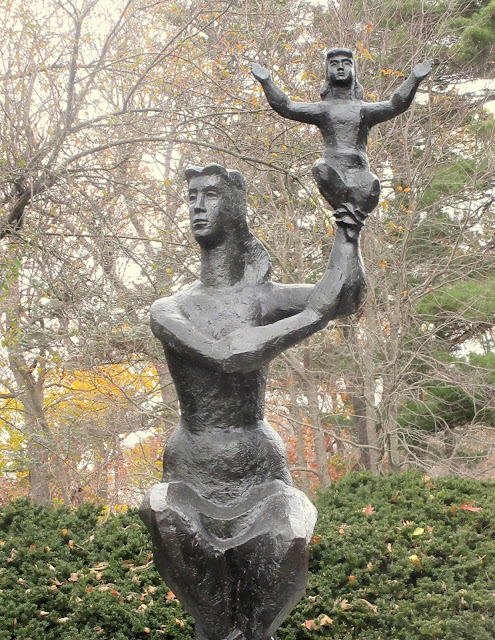 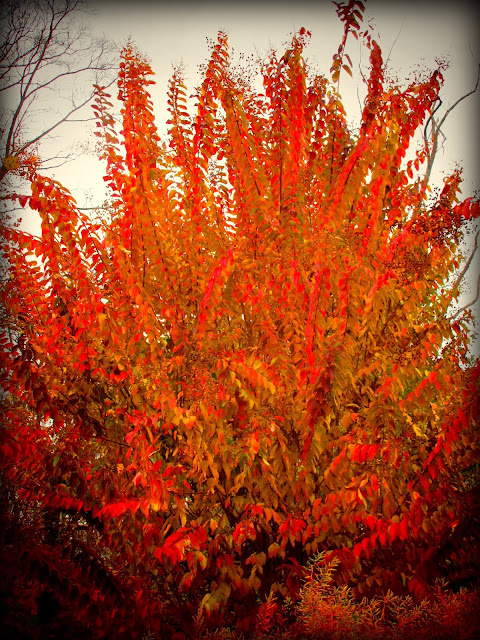 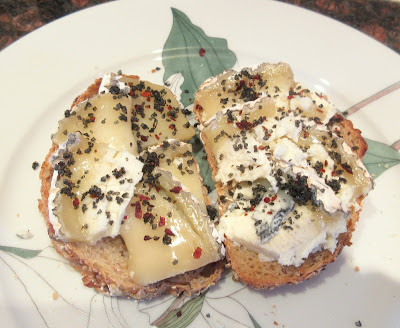 My last fashion experiment was a failure. Which is okay; that's how I learn. My outfit went beyond sober and entered dreary territory.

To clear my palate, I'm returning to my core style -- colorful, playful and lots of leg. It's my wheelhouse. What led me to this was a brief stop at a thrift-store today on my way home from court. I spotted a cute mini-dress in Sixties-era bright pink with a red Eiffel Tower. Really, an Eiffel Tower! Comme c'est fou!

What do you think? Am I back on track? 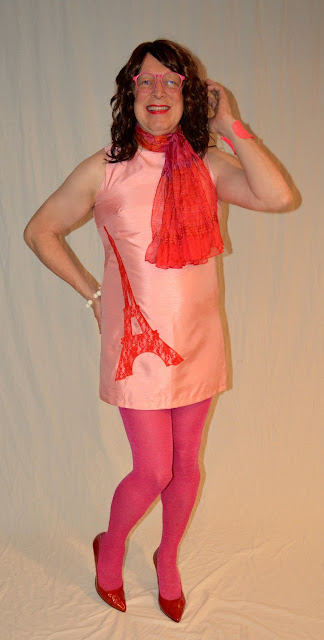 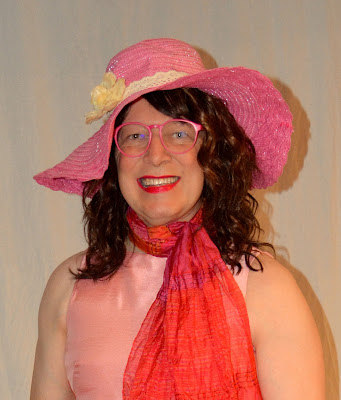 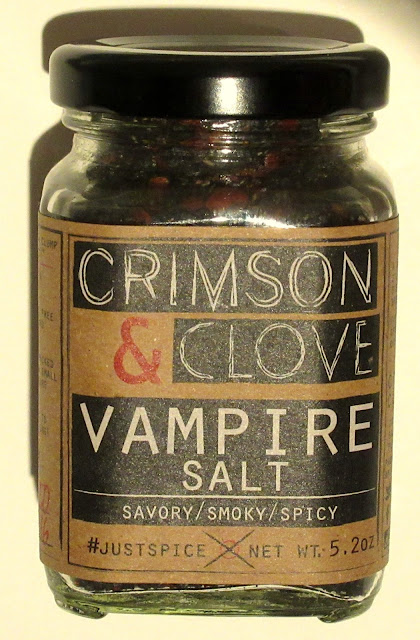 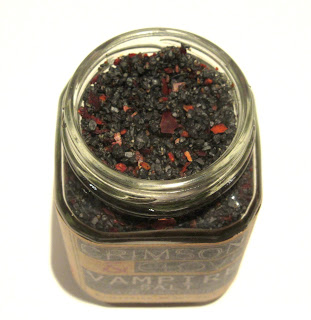 I've never been thought of as dainty and feminine, attributes I'd enjoy possessing. Which led me to this dress, one with a very traditional style. It's unlike anything I've ever worn before. I found it in a thrift-store ($10) which made this a cheap experiment. The dress has pretty buttons and a lacy collar.

What do you think? Is the dress nice or do I look like a sister-wife? 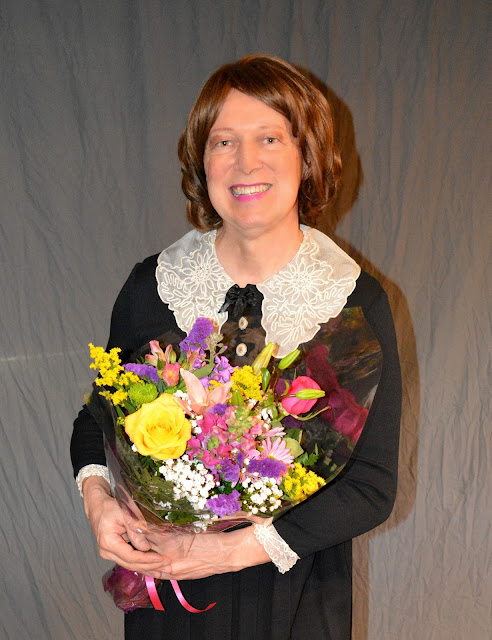 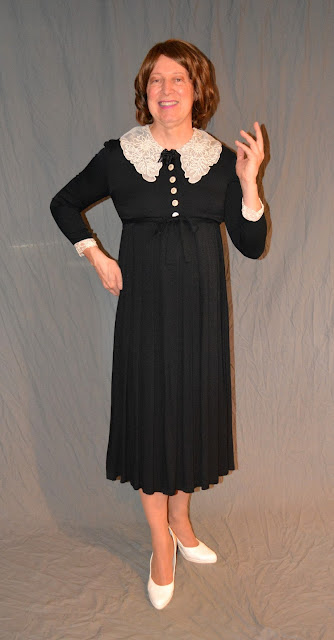 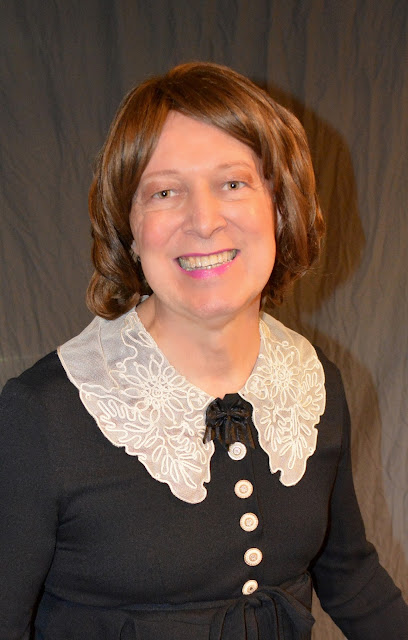 My Essay Is Online!

A blogger-friend of mine (Mia) is an editor of a magazine that's online and in print. It's called Holl & Lane. Mia asked if I wanted to contribute an autobiographical essay. I did. Writing the piece was therapeutic and fun.

The essay describes an aspect of my life. You may learn something new about me. The essay went up today and you can read it here.
Posted by Shybiker at 12:53 PM 25 comments:

This is the view outside my window. Fall has certainly arrived. Have the leaves changed where you live? 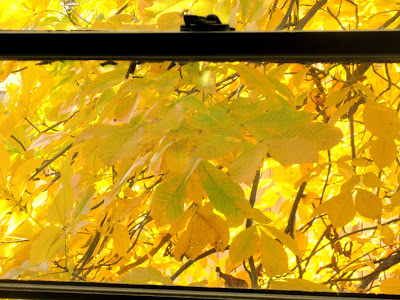 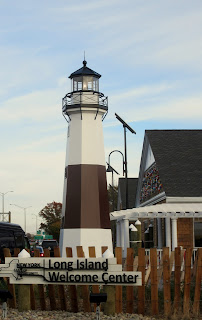 Long Island has a highway running through it called the Long Island Expressway. It's a bland road with no sights. They just built the first rest-area on it and I visited it today. The rest-area is actually a Welcome Center with many attractions.

The Welcome Center is big, clean and inviting. It contains a large dining area, excellent coffee (from Georgio's, a local roaster), decent counter-food and a wide assortment of local food products. On weekends, there's an outdoor farmer's market with multiple vendors selling pies, fruit and flavored pickles. There are areas for kids to play and pets to walk.

Inside, there are interactive exhibits and a photo area which had a line of eager visitors today. The Center contains an official DMV kiosk where you can renew your license, etc. and a NYS kiosk where you can get fishing and recreational licenses. And yes, the bathrooms are excellent.

If you need to pee, this is the place to go. It was well-attended today by curious visitors, all of whom were smiling. Here are some pics. 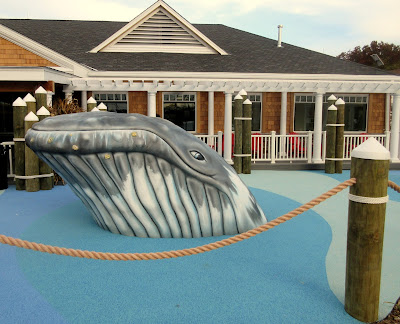 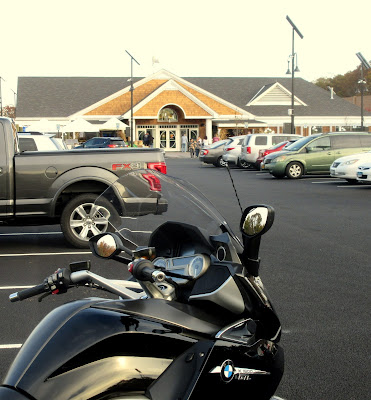 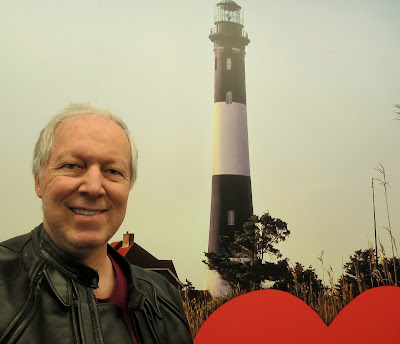 Don't Dream It, Be It 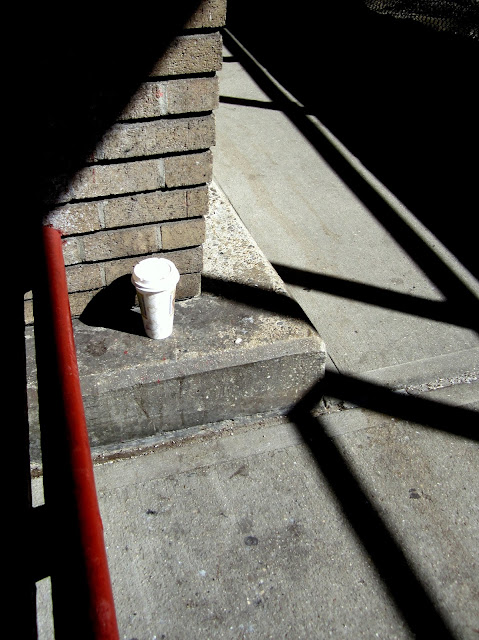 Every year when my birthday rolls around (it's this Thursday), I do some soul-searching. Am I happy? What improvements can I make?

A decade ago I was weighed down by anxiety about growing old. In the waning years of my forties, I worried that my youth was disappearing. What I didn't realize at the time was that, around the corner, one of the best phases of my life was about to begin. I was on the verge of a re-birth.

Lethargy in my tired life as a middle-aged man was suddenly replaced by unexpected vigor and excitement. This stemmed from a choice to actively engage and develop my dormant female instincts. Getting in touch with and nurturing my feminine soul has profoundly increased my joy in life. Now, I dive into new experiences. I embrace friends with warmth and love. I see things that were invisible to me before.

I wrote a while ago about how I grow in spurts. The past few years have been a period of fevered activity. I look at the blogging I did in 2011-2014 and I'm amazed at its high-pitched intensity. I was a 16 year old girl eager to become a 24 year old woman.

I'm more advanced now which opens doors as I see new opportunities for growth. Unlike a decade ago, I don't fear my life growing stale, I worry only about not having enough time to continue my journey. I'm on the road and moving in the right direction. I want to keep going.

How 'bout you? Are you happy with where your life is heading?
Posted by Shybiker at 7:12 AM 24 comments: