I'm doing research for a future post on fashion of the 1950's.  It was a fascinating time when much changed in America.  The country was coming off the austerity and horrors of World War II, there was growing prosperity, and many became economically middle-class with the chance to own a home in the newly-developed suburbs.

Women's fashion mirrored this.  There was a distinct trend toward more feminine and graceful clothes.  I'll talk about the details of that in the future post.

One thing that struck me though was how similar the collar of my new Jessica Simpson dress is to the collar of a dress worn by Elizabeth Taylor at the 1958 Academy Awards.  Here are the two dresses.  Compare their collars.  Mine is almost identical -- and would be even more so if my broad-shoulders weren't stretching the edges of it outward. 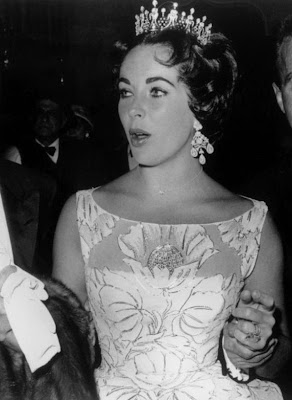 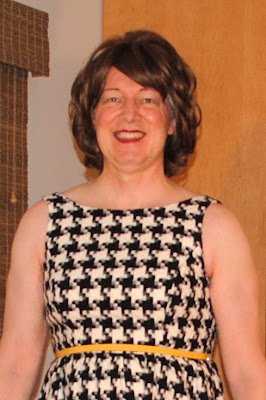 Are they similar or am I imagining this?﻿
Posted by Shybiker at 8:45 AM