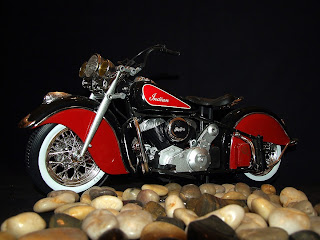 Every January, there is a huge motorcycle exhibition at the Javits Convention Center in NYC.  I always go and enjoy myself.  I go to the show for two reasons: first, because I inevitably run into a dozen friends there and, second, because I like seeing new motorcycles.

All of the major manufacturers attend and show off their new models.  The bikes are on the floor where you can touch and sit on them.  There's a big benefit to that: many times you'll like a bike in a magazine photo but dislike it in person.  And vice-versa.  There's no substitute for actually seeing a bike in person to know whether it suits you.

I own a large touring-motorcycle that, when it was made, was BMW's top-of-the-line bike (K1200LT).  It's getting old and I plan to replace it in a year or two.  BMW just re-designed that model with all new technology and a larger, more powerful engine (K1600GTL).  For the first time anyone has seen it, the new model was displayed at the show.  Here's what it looks like: 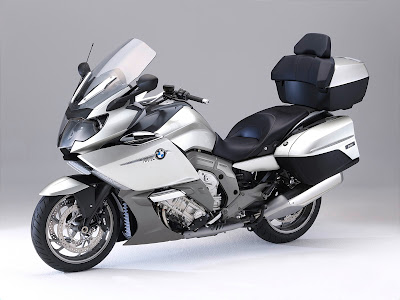 In addition to motorcycles, it's amusing to watch the crowd at the show which includes the wide variety of riders.  There are Harley riders, sportbike riders, Hell's Angels and urban youth.  Many club-riders wear their colors and, this year, I saw a new club: "Psychotic Riders M/C."  The guys sporting those colors looked like they belonged to that club.

Have you ever ridden a motorcycle?  Do you want to give it a try?  Come hop on mine!
Posted by Shybiker at 8:12 PM