I recently joined Ashley's Guest Post Group where bloggers exchange guest-posts.  It's fun and open to anyone.  If you want to join, go here.


I am not exactly sure what I was expecting when strolling up to the Alamo Draft House Theater with my husband to see "Blue Valentine."  If you have watched any part of the preview for this movie, you know that you only got a simple glimpse into the lives of this young married couple.  I wasn't sure if something "bad" happened in the movie or not, but I figured this might be the case since it started receiving so much buzz after its release in early January.

I was so excited when we visited Austin a couple of weekends ago because the theater in Houston that showed most of the Indie films just recently shut down.  I was absolutely heart-broken and I could go on for days and get on a HUGE soapbox about how there are pretty much NO theaters in Houston showing any kind of Indie films with the exception of our River Oaks Theater that contains two actual theaters.  But I won’t bore you with my rants on the arts in Houston.  That being said, I was elated to find the movie showing on Austin’s 6th St during our visit!
After ordering a club sandwich and a draft Blue Moon, I could hardly wait for the movie to begin.  I was dreaming of all of the different scenarios that could happen to the couple throughout the movie.  I am sure this sounds crazy, but I am a HUGE movie person, sometimes getting so into movies I have to remind myself to come back to reality afterwards!
The movie started out a little slow, but still peaked my interest of course because let’s be honest, Ryan Gosling played the lead role. Enough said.  The film went on to flip back and forth between the growing relationship between these two young adults and the tumultuous marriage that ends up ultimately breaking your heart.
One could make so many different conclusions on what would happen throughout the entire movie, but nothing prepares you for the secrets that are revealed.  I won’t tell you everything that happens amidst this intriguing motion picture since I am hoping you will go see it; but my desire is that I can give you enough insight into the film to peak your interest and send you running to the theater.
I think any married person in the world would agree that this particular film depicts a true portrayal of the diverse situations that every couple faces from time to time.  I don’t believe that every couple ends up the same way that Cindy and Dean do in the movie, but I understand and appreciate the depiction of hard and trying situations that find their way into most marriages at one point or another.
Have any of you seen the movie Blue Valentine yet?? If so, what are your thoughts!?? 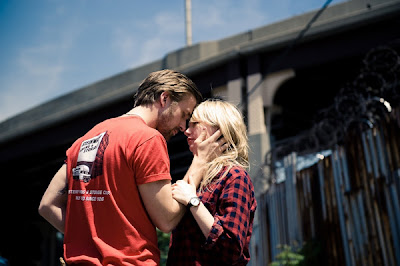 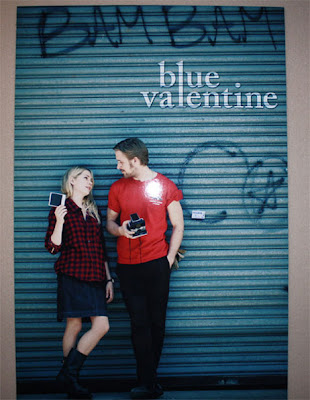 Photo Courtesy of http://www.tengossip.com/
Posted by Shybiker at 7:48 PM