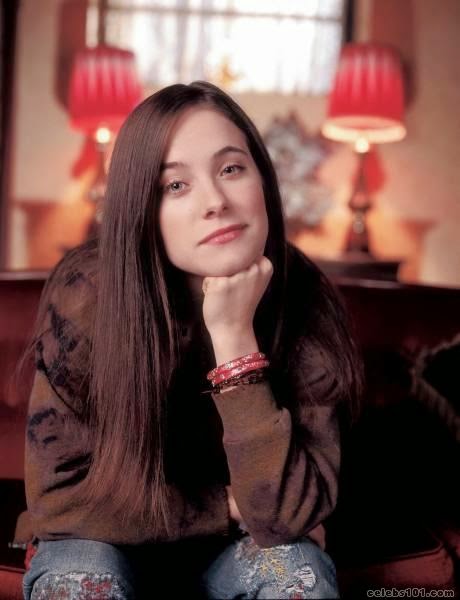 I'm enjoying a TV show I'm sure you've never seen ("Wonderfalls").  While the producers made an entire season, FOX showed only four episodes in 2004 -- and broadcast those out-of-order.  The network cancelled the show without ever giving it a chance.  Fortunately Netflix now offers us the opportunity to watch it.  (I'm catching the show on DVD.)

I like it!  It's quirky, cute and funny.  It's about a 24-year old woman, Jaye, searching for the meaning of her life.  Despite having a college degree in philosophy, Jaye works in a gift-shop at Niagra Falls and lives in The High & Dry Trailer Park.  She's snarky and wary of life, fearful of making the wrong choices.  When you meet her parents and sister (played by Diana Scarwid, Katie Finneran and William Sadler), you realize why she is the way she is.

The success of a show like this depends largely on the appeal of its star.  Jaye is played by Caroline Dhavernas, an adorable actress from Montreal.  She's been in several TV shows and movies and currently has a small role in "Hannibal" (as Dr. Alana Bloom).

In "Wonderfalls," animal toys start talking to Jaye.  They move their mouths and say things.  Jaye is startled and has no idea what's going on.  Who's behind the messages?  She discovers the messages have prophetic meanings and learns from experience to trust the talking toys.

This show is brilliantly-written.  Smart and funny.  The writing, in fact, is what led me to the show.  The series was created by Bryan Fuller, the man behind the current "Hannibal" TV show.  While that show is unnecessarily violent, its writing is top-drawer.  I wanted to check out what else Fuller has done and that's how "Wonderfalls" popped up on my radar.  I'm glad it did.
Posted by Shybiker at 10:56 AM