I've had a lot of jobs in my lifetime.  I mentioned my cheese-shop experience (at Martinelli's in Boston) in my cheese post and someone, in a comment, asked to hear about other positions.  Here goes...

The reason I've had so many jobs is because my parents were immigrants and believed you should work every waking moment.  Even though I was both a scholar and an athlete in high school, they insisted I squeeze a few hours of working at a clothing-store into my crammed schedule.  I worked at Loehmann's, a women's discount-clothing store that was walking-distance from my school.  It was an easy gig -- mostly picking up clothes women had dropped on the floor and putting them back on racks.  The job had the nice perks of letting me get close to female attire and to socialize with girls my age.  (There were 30 girls and only 3 boys working there.)

Let me tell you about my worst job... 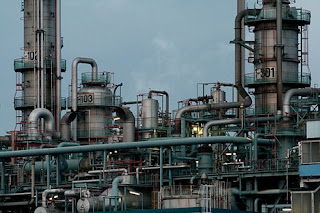 My parents insisted, every time I came home from college for break or vacation, that I get a job.  I never had a real vacation, never went on Spring Break.  I worked every summer and all my time off school.  That is what was expected of me so that's what I did.

When I'd be home for only a week or two, it was impossible to get a full-time job so I'd wake up early and go to the temp agency at 6 a.m. for whatever crap work they had available.  Those jobs were mostly menial labor for minimum wage.  Horrible stuff.  The kind of work where your day drags on forever, you go home exhausted, and have no real money to show for it.  A sinkhole of effort.

I explained to my parents that it was unprofitable and unpleasant for me to fill my only spare time with jobs that paid nothing and sapped my energy.  That argument went nowhere with my parents.  Immigrants often have a work-ethic that's extreme and divorced from reality.  My parents simply wanted me to work every moment and that was my fate. 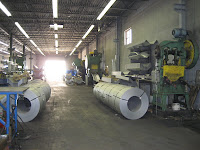 I got the job through a temp agency because nobody in their right mind would choose to do this work.  It was in a factory cutting carpet.  The factory reeked of toxic chemicals because huge rolls of treated carpets were soaked in vats of chemicals, then unrolled by machine while humans (me) cut them into five-foot lengths.  (The rolls were about four feet wide.)  Critical point -- the rolls of carpet were MOVING while we cut them.  To increase efficiency, they didn't stop the machine unrolling them while we reached across, used a razor and sliced through four feet of wet, chemically material.  If you weren't fast and exact, the cut wouldn't work, the unrolling would continue, the entire line would back up and shit would hit the fan.  You'd have to hit a button to turn off the machine, an alarm would sound and you'd get yelled at by a supervisor.  You didn't want to get yelled at too often or you'd be out the door.

First negative of the job was the toxic contamination.  The air reeked of a horrible, unnatural chemical odor.  Your hands and clothes got soaked in the wet chemicals of the material you were cutting.  I'm sure my exposure to these chemicals took ten years off my life.

Second negative was the people there.  Obviously nobody would want to work in a place like this.  So it shouldn't have been a surprise (even though it was to me) that every single one of my co-workers was an ex-con.  They'd all served time in prison.  And here am I, a polite young man of 19, among real criminals.

One of my talents is a chameleon-like ability to fit in to almost any crowd.  I was a scholar among scholars, a jock around jocks, and now a pseudo-criminal among ex-cons.  I accepted these people as people, treated them with respect and they ended up liking me.  I became one of them.

A key consequence of this assimilation is how we behaved during break.  All of my co-workers, during our break, would consume a quart of Colt 45 (a malt-beverage like beer but stronger) and smoke a joint.  Every one did this, during every break.

Wanting to fit it, I followed the crowd.  Then I'd be back on a moving assembly-line, with a sharp razor in my hand, trying to cut moving material.  I quickly realized that getting high was inconsistent with workplace safety.  I'm amazed more of us didn't die or seriously injure ourselves.  I eventually got accustomed to functioning stoned.

I learned something in that job.  Our employer treated us like dirt.  We were subjected to toxic materials, we were paid minimum-wage, our working conditions were abysmal, and the risk of physical injury was high.  To compensate for this oppression, we self-medicated with liquor and marijuana.  Of course, that increased the chance of our being injured but -- and here is the lesson -- we didn't care.

When you're treated like dirt, you feel like dirt.  We didn't give a fuck.  Truly.  Excuse the profanity but it's warranted.  If or when we got caught in moving machinery and got maimed for life, it hardly mattered -- our life already sucked.  The prevailing attitude was, life can't get worse.  We were already living in Hell.

This was my first taste of life among the hopeless, the oppressed, the disadvantaged.  My co-workers weren't going back to college at the end of the Summer, they were going to stay there until they got some drug-addled idea for a crime that would land them back in prison.

It was my worst job, but I don't regret the lessons I learned from it.

What was your worst job?
Posted by Shybiker at 9:04 AM