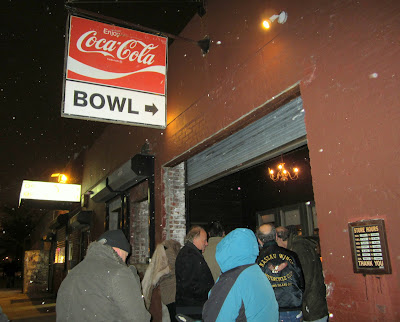 Every year, in the depth of Winter, my friend Bob takes us all out on his Annual Five Bar Tour.  It's a great way to re-connect with old friends and generate some cheer during the dreary season.

The event originated in my old motorcycle club but has transcended beyond it; now more than half the people who attend are former-members who, like me, are just looking for fun.  Bob's been organizing the tour for about 15 years.  That's him in the Nassau Wings Motorcycle Club jacket above. 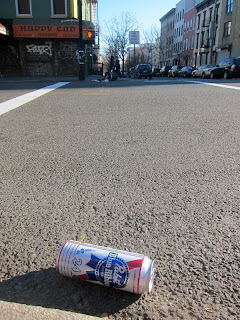 We went last night and had a great time.  We were a roving party of about 20 people, walking, laughing and making noise.  Some of us drink; some of us don't; all of us have a good time.

Every year, Bob picks a different neighborhood for us to explore and we pub-crawl to five local bars.  We used to take the subway to different parts of Manhattan where Bob, between bars, would point out historical locations and tell us entertaining stories.  After exhausting those areas, Bob branched out and started taking us to Queens, Brooklyn and even Staten Island.  Anywhere reachable by NYC subway.

The neighborhood  Bob picks is always a surprise.  We all meet at Penn Station and he announces our destination with fanfare.  Last night, Bob took us to Greenpoint, which is an old industrial part of Brooklyn which is being reclaimed by hipsters and young kids with lots of style but no money.  Exactly the kind of fun, cool place I enjoy hanging out in.

It took two subway rides to get there, but was worth the travel.  Greenpoint, next to Williamsburg (the current capital of hipster life), has a gritty and fun vibe.  All of the bars were hopping and one even had a small retro bowling-alley attached to it.  Watching 20-year olds in plaid shirts (men), short skirts (women), and wacky hair (both) rolling bowling balls while drunk was amusing. 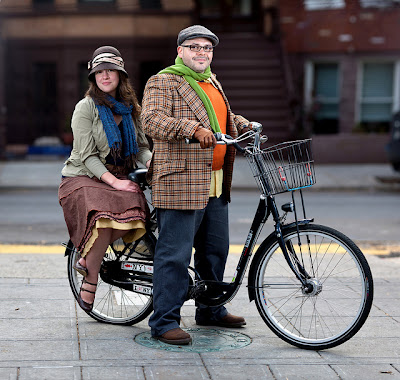 Every year, a big challenge is to see if we can catch the "last" train home.  I live an hour outside New York City and the Long Island Railroad normally runs a train every hour -- with one exception.  On weekend nights, the last train is at 1:42 a.m.  If you miss it, the next train isn't until three hours later, at 4:14 a.m.  Sitting, drunk, in Penn Station for three hours in the middle of the night is not one's first choice. 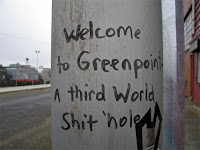 Normally, our tour ends right around the time for the last train home and we try to catch it.  Last night, we were on track to doing that and, travelling on the subway, were only 14 blocks away at 1:18 a.m. when a fellow-passenger had a seizure.  They stopped the subway to get him medical attention and, as a result, we missed the last train home.  We felt sorry for the poor guy and chalked it up to life in New York.

We waited in Penn Station for the next three hours, eating bad pizza and laughing at the evening's events.  During Bob's tour, clothing often gets removed for comic relief (in bars and out on the street, boys lower pants, girls raise tops) and those crazy enough to do it get immortalized in tales of glory.

I arrived home at 5:30 a.m., slept fitfully to around noon, and am now trying to tell you this story with a throbbing hangover.  The things I do for you people... 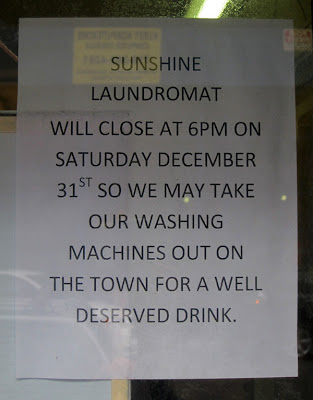 Do you go to any annual parties?
Posted by Shybiker at 1:53 PM