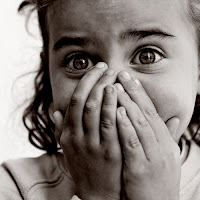 Yesterday's failure at dressing well made me blue -- it sent me into an emotional funk.

I tweeted my despair in language that was hyperbolic, partly due to the lateness of the hour and my physical exhaustion.  (My opportunity to dress up comes at the end of a long day of work and only unstoppable enthusiasm propels me to engage in it despite physical fatigue.)

A few of you responded to my tweet with compassion and good sense.  The incident is a minor thing; tomorrow is another day; no real harm done.  In fact, I learned about fashion from what didn't work and why.  Your comments made perfect sense.  (Thank you, Megan, Sage, Callie, Kat and Cara.)

After a good night's sleep, I realized something else was at work.  The failure triggered my insecurity about being able to dress competently as a woman.  (Not convincingly; just competently, which means not embarrassingly.)  I realized this insecurity was operating when I started questioning whether I should cancel the party scheduled for the future (3/3) because I don't want to be a fool and, if the best I can do is look like a hairy football-player in shoddy drag, perhaps I should just go back into the closet where I lived for five decades and shut the door on possible happiness.

Hey, it was late, I was tired.  Insecurity got the best of me.  I realize now that I shouldn't regress, but sometimes emotions grab us and take us to sad places.

Were you aware that I have this insecurity?  Do you know I worry about embarrassing myself on this blog?  Well... it's true.  I try hard to be positive and constructive here but I do have to battle emotions generated from a lifetime of having the female side of me suppressed deeper than the secret to atomic bombs.  When I scrutinize my photos to see if they're good enough to post, I worry about your reactions to the tiniest of details.  This is why your comments are so important to me.

Do you ever overreact to something because of a hidden insecurity?
Posted by Shybiker at 12:53 PM