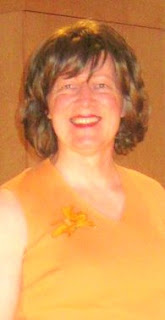 I've learned we blog for different reasons.  For me, it's an essential opportunity for expression, which is I will never give up blogging.  It is too important to me.  Yet, for others, I've learned blogging can be much less significant -- which is why some blogs end.

When a blog I follow ends, I grieve.  That window into another woman's life was a portal through which I learned about her and female culture in general.  Its closing shuts me out of that education and the personal connection I hoped to foster with the blogger herself.  I try to remain connected to people after they stop blogging (via e-mail, etc.) but with varying success.

Occasionally, a blog will end but after a few months, the blogger will return with a new one.  That's nice, especially if the new blog is obviously more fulfilling to the blogger than the previous one.  Sometimes people blog out of perceived obligation and it becomes joyless.  For them, pulling the plug is healthy and their later return with a re-focused blog is a smarter approach.

Have you ever considered ending your blog?  Wouldn't life be empty without one?
Posted by Shybiker at 8:57 AM