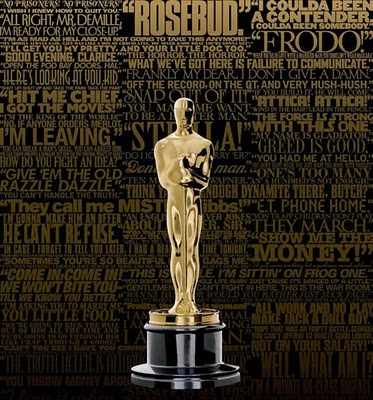 The Oscar award ceremony is Sunday night.  Last year, I hosted a big party for the event.  No party this year, but I'll be watching with interest.

When I was growing up, Johnny Carson hosted the awards every year.  He did it with dignity and humor.  I miss him.  This year, the Academy hired Eddie Murphy -- but he quit when the producer he was friends with had to resign from the show in disgrace.  On short notice and with some desperation, the Academy got Billy Crystal to host again.  Billy did a few Oscar shows that were well received.  He's a showman who, unlike Ricky Gervais or David Letterman, is positive about Hollywood.

My favorite movies of this year, in order of preference, are "The Artist", "Midnight In Paris", "Moneyball" and "Tree of Life".  All four made the Best Picture list, along with some others I wasn't fond of ("The Descendants", "Hugo", "Extremely Loud & Incredibly Close", "The Help", and "War Horse").  The complete list of all nominees is here.

What were your favorite movies of the year?
Posted by Shybiker at 2:59 AM