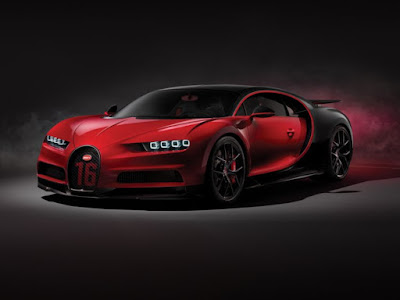 Cars. They're not as exciting as motorcycles but I'm learning they do have some appeal. Especially if you take them to the racetrack.

I've picked out my next car: a McLaren 570S. Its bold styling give the beast an edge to my second-choice, the Porsche 911 GTS. Both can be driven on the street and the track. In fact, I'm heading down to Atlanta later this year to drive the Porsche at their famous private racetrack. That experience comes with an instructor who teaches you how to extract maximum performance from the vehicle.

Did you know there's a distinction between "sports cars" and "super-cars"? The former are fast vehicles; the latter are limited-production jewels hand-crafted by storied manufacturers. Super-cars are beyond the reach of most drivers: their least-expensive models run around half a million bucks.

What is the world's most expensive car? Probably the Bugatti Chiron with a price-tag of $3 Million. Despite the improbability of our ever owning one, it can be fun to admire the height of automotive art. I won't bore you with stats. Bugatti says they aren't focused on mere speed, they want to deliver an enjoyable overall experience. That said, the car can hit 261 mph before a limiter turns off power. The styling of the car is quite arresting. (See picture above.) The car doesn't come with a bodyguard but I would want one; who'd park this expensive masterpiece anywhere in public?

Bugatti has sold every Chiron it plans to build until late-2021. Who buys them? The profile is very sharp: self-made men who appreciate quality and uniqueness. The average customer already owns about 30 other cars. Obviously they are not like you and me. At least not yet...
Posted by Shybiker at 12:06 PM