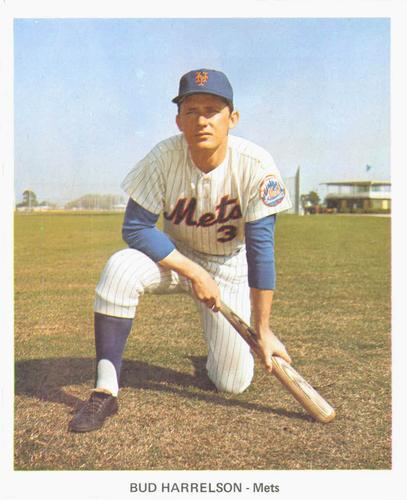 When I was a boy, I rooted for the Mets. I went to their games, wore their jerseys and prayed for them to win. The Mets taught me how to face defeat since, during the Sixties, they lost all the time.
My favorite two players were Tom Seaver and Bud Harrelson. They were heroes in my eyes. Seaver, of course, is one of the greatest pitchers in the history of baseball and needs little introduction. You can read about him in the Baseball Hall of Fame.
Bud Harrelson was the Mets shortstop for 13 years (1965-1977). He played an important position on the field. He was talented with his glove, not so much with his bat. He excelled at being the heart of the ball-club.
Bud Harrelson's career with the Mets was marked by two major events: the team's amazing, unexpected victory in the 1969 World's Series and a fight Harrelson got in with Pete Rose (a real bum) in 1973 during the NL Championship series. In the latter event, Rose was angry at something Harrelson had said to the press and, given the opportunity, slid into second base with cleats high -- deliberately trying to injure Harrelson. A brawl broke out, the benches emptied and the crowd started throwing objects at Rose. The league rep asked Mets manager Yogi Berra (!) and player Willie Mays (!!) to go out to left field to calm down the fans. 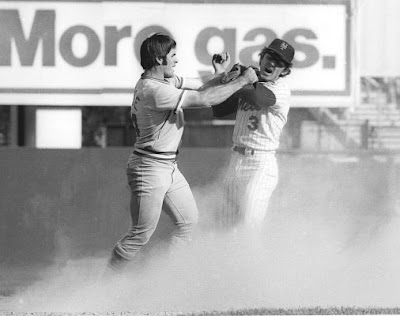 After his career was over, Bud Harrelson was instrumental in bringing a new minor-league baseball team to Long Island: the Long Island Ducks. A stadium was built, Bud was the team's first manager and he's been on the coaching staff since then. Sadly, Bud has Alzheimer's disease and is now suffering.
The Ducks just announced a Bud Harrelson Appreciation Night later this year (August 3rd). He will be there, probably unable to speak, and fans will celebrate his long history in baseball. I just bought two tickets -- prime seats behind the dugout -- for $13 each. I'm looking forward to seeing, and likely saying goodbye, to one of my childhood heroes.
Posted by Shybiker at 11:41 AM