There are some old films that deserve to be pulled from obscurity and enjoyed in the present.  Let me tell you about two of them.  Both star the adorable Sandra Dee. 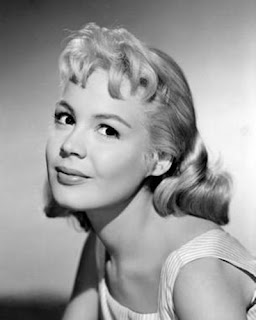 Sandra Dee was a popular actress in the 1950's and '60's.  She portrayed Gidget in the original movie of that name.

In the early 1960's, there was a series of three movies depicting a character named Tammy Tyree.  In the first movie, Tammy was played by Debbie Reynolds.  In the second and third films, Tammy was played by Sandra Dee.  While you can watch the first one if you want, I recommend the second and third films with Sandra Dee.  (They are called "Tammy Tell Me True" and "Tammy and the Doctor.")

Tammy is a country girl who grew up in a houseboat on the river with her grandfather and a pet goat.  Tammy speaks in an old-fashioned way with a pronounced rural accent and archaic words.  Her language is appealing in its own right and a main focus of the films.  "He looks as discombobulated as a short dog in high grass," she says of someone.  She describes people as "monstrous kind" and ends statements with, "I reckon that's all I have to say about the subject."

The idea of the Tammy movies -- which really works wonderfully -- is that an uneducated, unworldly girl visits "civilized" society (where people act badly) and finds it perplexing: the odd ways of modern people are "mighty peculiar" to her.  Tammy has admirable values which radiate out and influence everyone around her.  She reminds people of the importance of honesty, loyalty and basic decency.  Eventually, she converts all around her to recognition of these fundamental values.

The films are entertaining and you can't help but love Tammy.  Try 'em!

P.S., Both films are on a single DVD, available at NetFlix and other places.
Posted by Shybiker at 10:45 PM