I was really impressed by your responses to my last post on icons.  Your comments were candid and interesting.  Culture plays a huge role in our lives and understanding which particular icons appeal to us reveals a lot about who we are inside.

I'd like to continue exploring the subject of influences, this time from the ubiquitous medium of television.  My question is: what TV show most influenced you?  What TV show captured your closest attention?

For most of us, it's a show from our childhood or early youth, usually with a character we identify with.  Who's your favorite character? 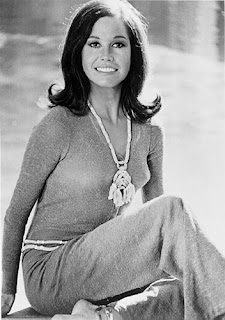 During my youth (and likely before your time), Mary Tyler Moore starred in a show named after her, "The Mary Tyler Moore Show."  In it, Mary played a woman working at a local TV station.  The show was a comedy and had great actors in it (e.g., Lou Asner; Valerie Harper; Ted Knight; Gavin MacLeod; Betty White).

The show explored what it was like for a young woman to be in the workplace.  It's considered a feminist classic because of the ground it covered; as important as that, the show was engaging because you learned to care about Mary and her co-workers.  Mary believed her colleagues at work were "family" to her and she ended up loving them.

What was your all-time favorite TV show?  Why? 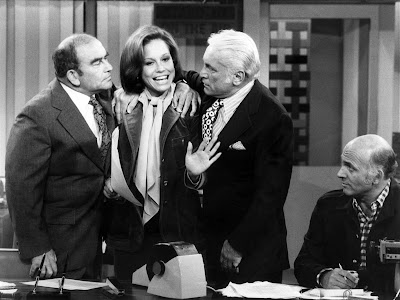