A Year Of Pink Boxing Gloves

Whew!  2014 was a big year for the magical pink boxing gloves. As they reach their first anniversary of life on the road, they want to look back at their travels.

The gloves began their journey when a bright idea popped into my head after I wore the gloves as whimsical props for an outfit. I thought, why limit their use to me and one time? Why not share the fun with others? As soon as I proposed the idea to you, a bevy of bloggers raised their hands and volunteered to participate.

The idea of the gloves is to celebrate female strength, in a humorous way. At the same time, everyone was invited to do their own individual take on wearing the gloves, which stimulated lots of creativity. I could not have imagined the many uses to which the gloves were put. That's a sign of a good project.

So far, the gloves have travelled around the United States, to Canada, to Europe and even to Australia. The journey isn't over; I just got asked to send them back to Germany.

If you want to play with the gloves, there's still time! This project is open-ended and will continue as long as people have a sense of humor. Just leave a comment or e-mail me (fhu@pipeline.com).

During the past year, the gloves have been worn by these courageous, funny women:

Have you enjoyed this project as much as I have? 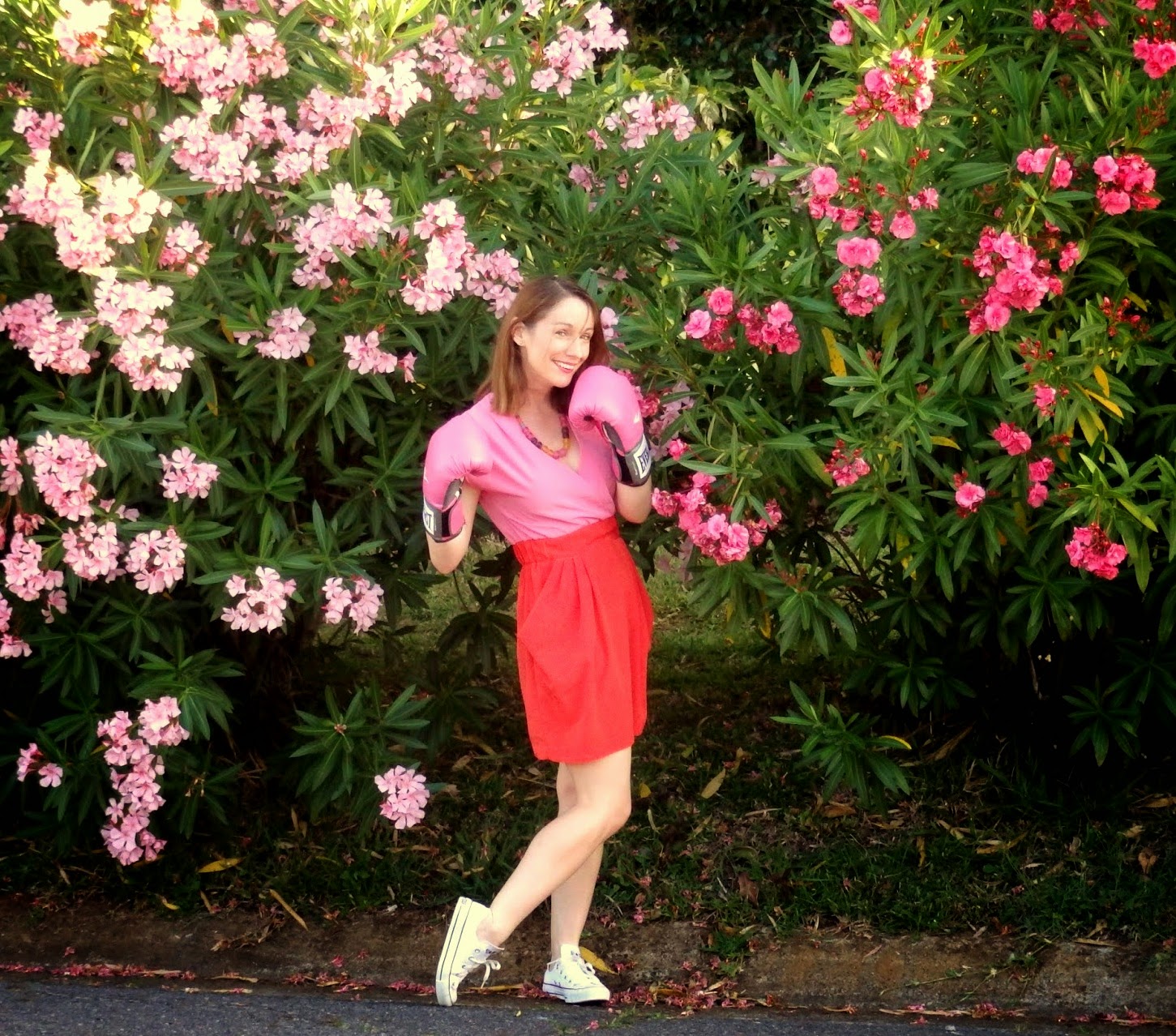