Later today, I'm riding my motorcycle up north to attend a wedding in the Catskills.  The wedding (and related parties) will be at a rustic resort rented for the whole weekend.

The bride is the daughter of my good friend Rich.  Richard and I have a long, close friendship.  When I started motorcycling, we hung out all the time and he mentored me in valuable ways.  Unfortunately Rich and his wife Roberta moved to Las Vegas a few years ago which diminishes our opportunities to socialize, so I leapt at this chance to be with them again for a weekend of partying.

Anticipating that prospect reminds me of some anecdotes.  If you're curious about how middle-aged folk can strive for joy, read on.  If not, just move along...  Please don't block the aisle.

After seven years in higher education (college and law school), I became a lawyer in my early-twenties.  I then worked two decades straight trying to advance my career.  It was grueling, unrewarding work.  My first boss was a tyrant who exploited me.  My second job was with a law partner who coasted on my coattails.  My twenties and thirties were consumed with stressful work that left little time in my life for happiness.

When I hit forty, I reassessed.  I looked around and realized I wanted more out of life.  I wanted to have fun; I wanted to get outdoors; I wanted adventure and excitement.

I have no recollection on how I discovered motorcycling; probably one day a motorcycle rode by and I wondered if that could be a ticket to new passion.  In fact, it was.  I dipped my toe in the motorcycle pond and felt the water was warm.  The more I got into riding, the more I liked it.  Motorcycling became more than just an activity, it opened up multiple doors -- including introducing me to people whom I'd never have met in my normal life as a lawyer.

Rich is one of those people. 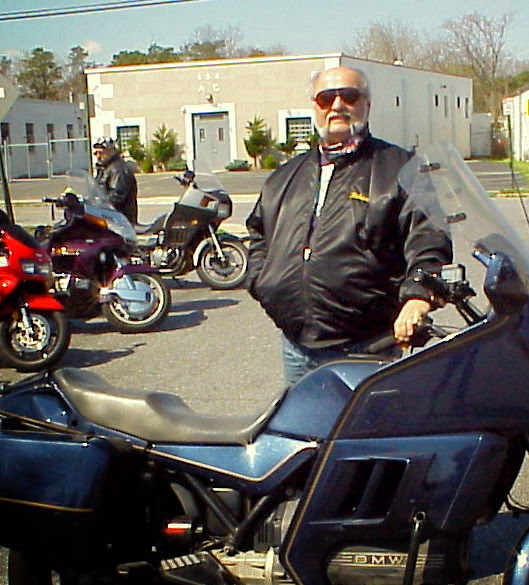 Rich has a colorful past which includes not only a wide variety of employments but also stuff that society frowns upon; stuff I won't tell you publicly.  You can tell just by looking at Rich that he's a rough character.  When I met Rich sixteen years ago, I was 40 and he was a decade older.  We met through a motorcycle club during my first year of riding.  At the time, Rich was co-owner of a neighborhood bar which served as the informal headquarters for the club.  It was fun to hang out there shooting pool, listening to music, and bullshitting about motorcycles and life.  On holidays, the bar would hire a cheesy Elvis-impersonator to come and sing.  It was a blast.

Rich and I are good pool-players.  Not tournament-level, but kick-your-ass-in-any-bar level.  We enjoy the competition we provide each other.  (Today, at his home in Vegas, Rich has a top-notch billiard table in his living room.  How many wives would allow that?!)

At the time (1998), I was a sponge for motorcycling experience.  I rode all the time and wanted to learn everything there was to know.  How fast can you go?  How far can you ride in a day?  What kinds of bikes are there?  What kinds of people ride different machines?

With his long history in the sport, Rich was able to clue me in.  He provided immense knowledge to me at a time I was hungry for it.  Despite looking and sometimes acting like a thug, Rich is highly intelligent.  I'm fairly smart myself and can tell when someone has above-average brainpower.  Rich does.  One of the reasons he found it hard to integrate into conventional society is his near-genius level of intelligence.  It's also why we bonded so quickly and deeply.  We converse on the same plane.

As I got more into riding, Rich encouraged me to take trips.  Long trips.  What we call "touring."  Rich advised me on how to tour and his lessons deviate from what many do.  He taught me that joy is found in serendipitous experiences created by design.  That's not a linguistic error.  Like a brilliant pool-game, you set up conditions for something wonderful to happen and then... it does.  You can't predict exactly how it will happen, but you've fostered the circumstances for it to occur.

The most important lesson Rich taught me about motorcycle-touring is how to approach it.  You ride.  You focus on the ride and what it offers your soul.  Everything else is secondary.  Don't spoil the experience by spending too much effort plotting paths and obsessing over travel-progress.  Rich would pick a direction and take off. 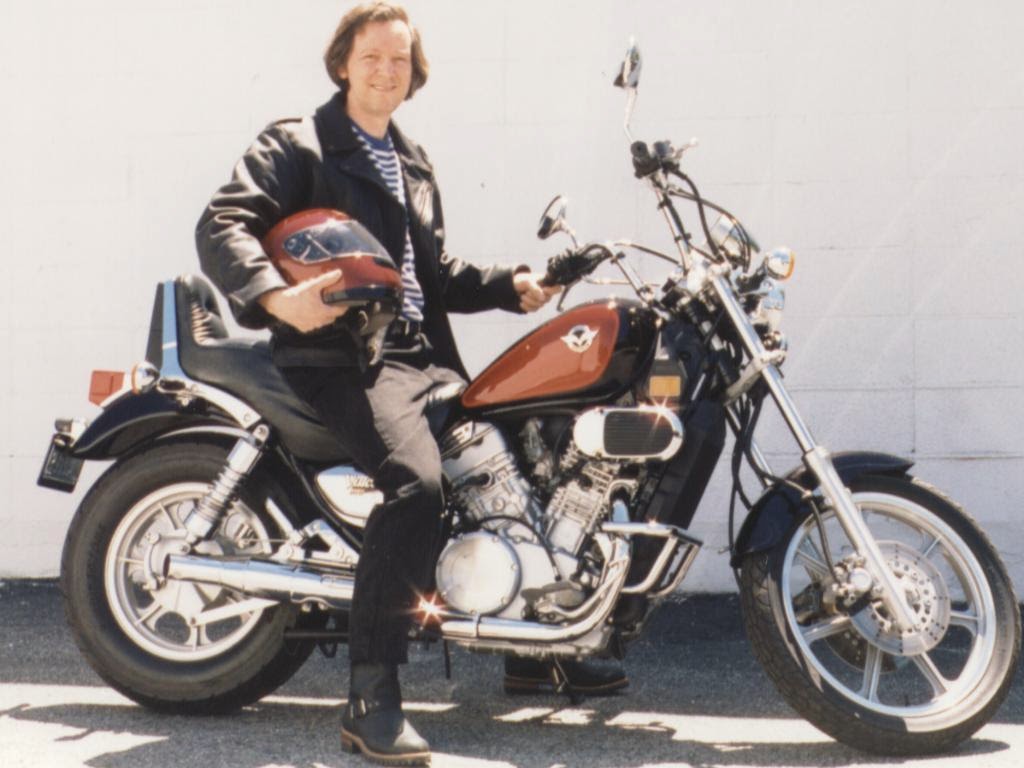 I took my first motorcycle trip with Rich.  We headed west.  Rich was going to an annual motorcycle convention in Montana.  I had only eight days off work so I figured I'd tag along with him on the way out, turn around after four days and return home by myself.  From New York, I reached North Dakota in four days.  We averaged 500 miles a day and I travelled 4,000 that week.

The most harrowing experience of my riding-career was on that trip.  We crossed the Mackinac Bridge in Michigan on a dark rainy night.  The cross-winds were severe and whipped you from lane to lane without control.  I noticed there was hardly any guardrail on the edge of the road and if I'd been blown against it, I certainly would have plunged to a horrible death.  There would have been some poetry in that; the bridge opened the week I was born (November 1957).

The Mackinac is the longest suspension bridge in the world.  It's five miles long.  Which means my white-knuckled death-grip on the handlebars -- with accompanying fear of dying -- seemed to last forever.  I still have nightmares about that endless anxiety.

The relief I felt after arriving on solid ground again was palpable.  Rich said he was sure I was going to be blown off the bridge because of my light cruiser and inexperience.  (He was riding a much heavier touring-bike.)  When I asked Rich what he was thinking during our voyage over the bridge, he said he was coming up with excuses to tell my family how it wasn't his fault that I died.  He smiled and I laughed.

It will be good to see Rich again.

Do you have any close old friends?
Posted by Shybiker at 9:24 AM