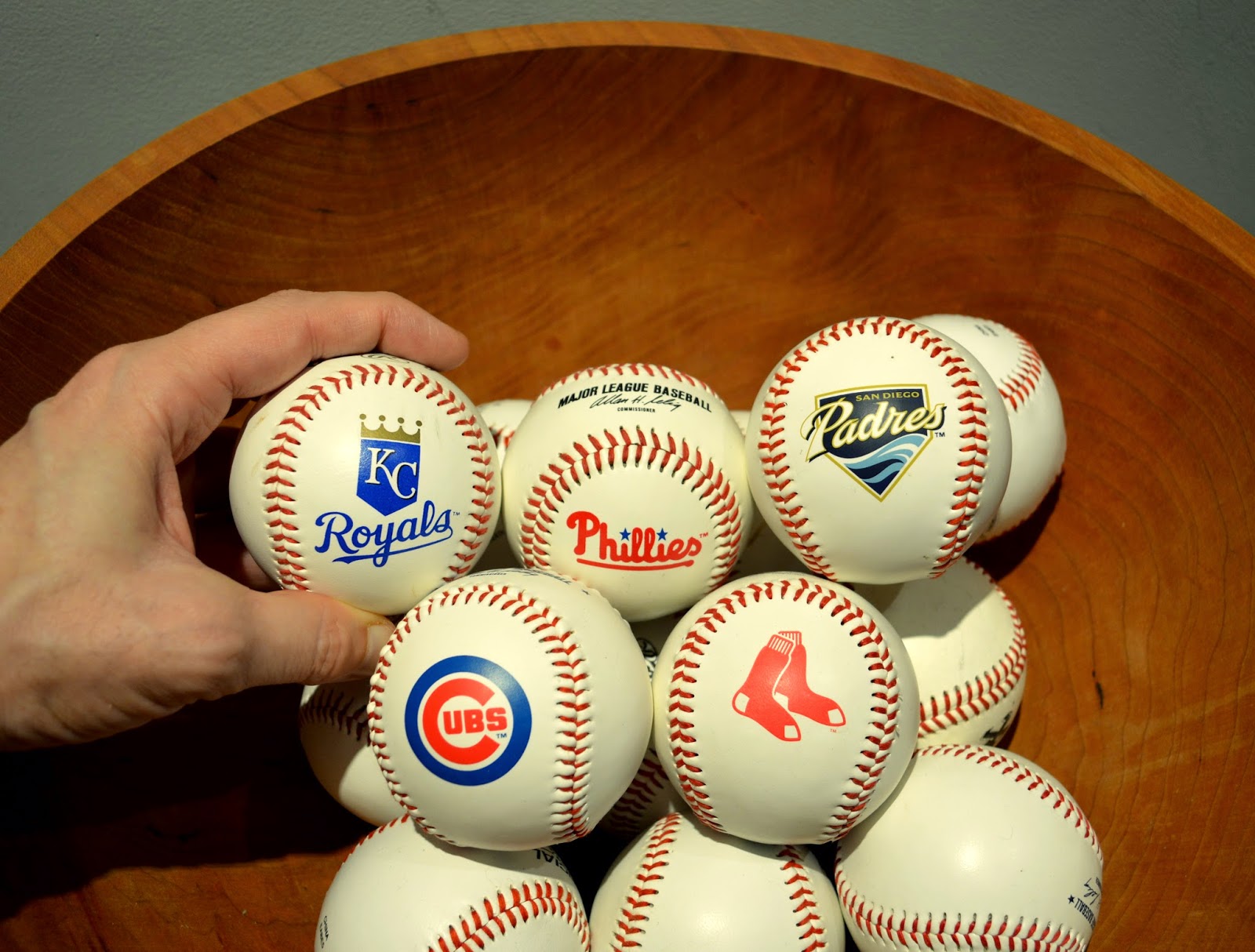 Okay!  Now we know who's playing the World Series -- Kansas City Royals (who haven't been there in 29 years [1985]) and San Francisco Giants (who won two years ago).

I'm rooting for the Royals because they play with heart.  Who do you want to win?  (Go ahead and pick a team even if you don't care for sports -- life is more fun when you root for somebody.)

Five years ago, I travelled to Kansas City in search of world-class BBQ.  I tried nine restaurants in one week.  On the spur of the moment, I decided to take in a ballgame.  I saw the Royals play in beautifully-renovated Kauffman Stadium.  I got great seats, picked up right at the stadium, for a fraction of what seats cost in New York ($32).

Playing that day was the hottest new pitcher in baseball, Zack Greinke.  After demonstrating his talent, Greinke moved on to a bigger market; he now plays for the L.A. Dodgers.

While in K.C., I picked up a baseball with the team's emblem on it.  I have one from every baseball stadium I've visited.  They are nice mementos of trips.