In Search Of Adventure 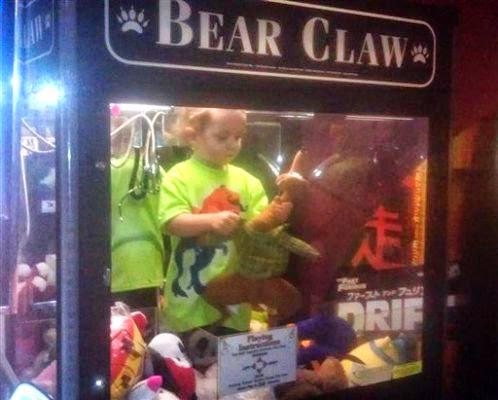 This picture is from a story in today's news.

A 3-year old boy in Nebraska was reported missing by his mother.   While she was in the bathroom, he scooted out the front door.  He was later found in a bowling alley across the street -- he climbed into the toy claw machine and was playing with the toys.   The police got him out of the machine unharmed.

You know he had fun.  At that age, we're just following our instincts.

Have you ever done anything like this?
Posted by Shybiker at 10:07 AM