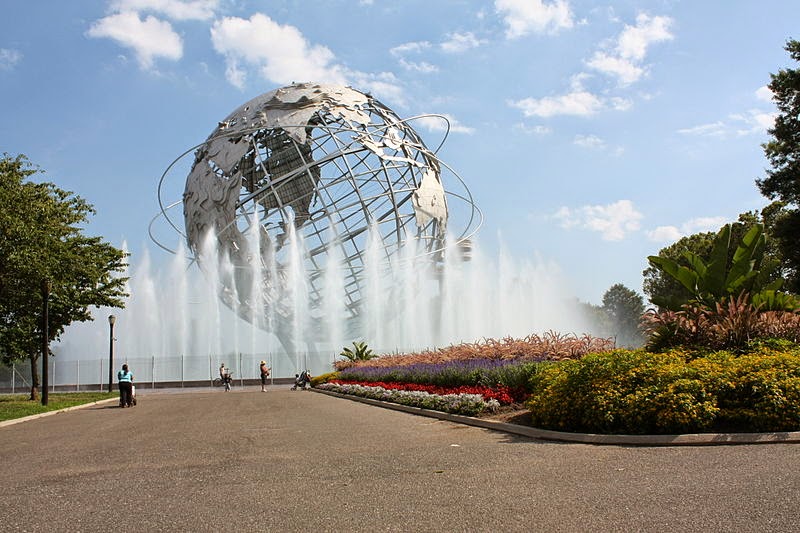 Exactly fifty years ago, New York hosted a World's Fair.  Situated in Queens, the Fair ran for two years and showcased cultures and technology from around the world.  Thousands came to see the many exhibitions.

I was six at the time and have an odd, almost-embarrassing memory to tell you.  In addition to visiting the Fair with my family several times, I performed in it.  Really!  In one of two structures built for the Fair which is still standing (New York State Pavilion), I played accordion in a group of accordion-players from the music school where I studied.  We performed for a large crowd of visitors.  I remember dragging my large accordion-case (almost as big as me) to and from the concert.  Weirdly, we played songs written by The Beatles which, on the accordion, sounded truly bizarre.  But they were popular songs at the time.

The second surviving structure is the Unisphere (pictured above).  It has been used since then in several movies, like "Men In Black" and "Iron Man 2".

You can see the Pavilion where I played in the picture below.  It's gutted now and they're contemplating whether to demolish it (cost - $14 Million) or renovate it (cost - $50 Million).  Attached to the Pavilion are three columns which have what looked like spacecraft on top.  They were observation decks you could travel up to look around.

World's Fairs were popular in the last century.  They gave people in an analog world the opportunity to see new sights, new technology and foreign cultures.  I haven't heard of any since then, which is sad.  Have you ever been to one? 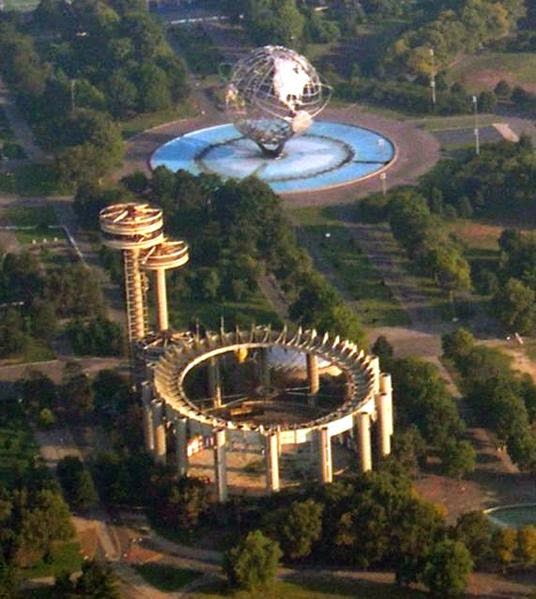