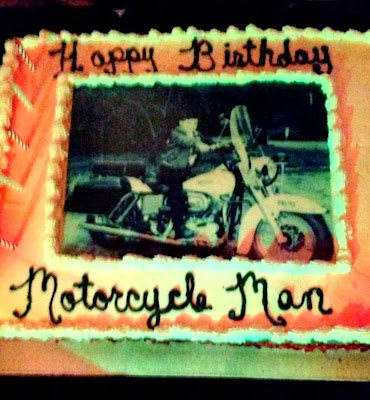 This is the cake I received at my birthday party two weeks ago.  I didn't know they could put edible photographs on cakes, so it was a nice surprise.  That's me, as a child, on my father's police motorcycle.

While the hoopla over my birthday has ended, the many gestures of friendship and gifts I received linger.  I delight in seeing them in my home.  The gestures remind me that there are people who love me, which hasn't always been the case.  We never have too much assurance of being loved. 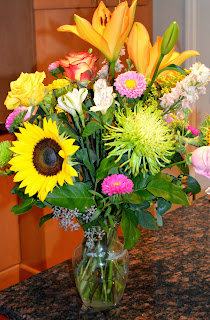 My friends Nicole and Jamie gave me a bouquet of flowers for my birthday which, truly, is the nicest collection of exotic flowers I've ever received.  Here are pictures of the bouquet both fresh and as it exists today.  I find aging flowers to be poignant -- their striking beauty still present and their visible decay a stunning metaphor for the atrophy we all suffer from albeit as a slower pace.  It's impossible to be in your fifties and not confront physical decay.  I use that reality as an incentive to take good care of myself.

Another gift which had a time-delay arrived yesterday.  Six close friends who attended my birthday party chipped in and gave me a gift-certificate to my favorite motorcycle store.  I used their $150 certificate to buy an incredible fleece jacket that cost $157.  I probably wouldn't have bought it without their gift-money but I needed one badly and the stars aligned perfectly.

Because fleece jackets are now so cheap, many people buy them.  Most jackets, however, are cheaply made in China of poor materials and they fall apart quickly.  The one I bought is made in the U.S.A. with exceptional skill.  In addition to being super high-tech, the jacket is specifically designed for motorcycle-riding. 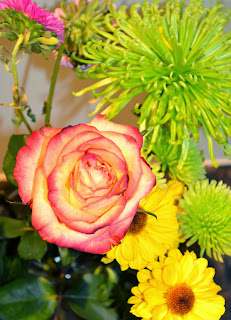 When you buy gear for motorcycling, you learn the tangible difference between high quality and cheap.  High quality gear performs well and lasts long.  Cheap doesn't.  Motorcycle riding places intense strain on everything you use, so that difference emerges quickly.  I've had good boots last four years; I've had cheap boots last three months.  Literally, three months.  You don't "save" money by buying cheap.  Plus, there's the safety factor -- when I crashed my bike in 2003, my $600 helmet absorbed most of the blow and has a deep gouge in it.  The helmet performed its job; a cheaper one would have transferred more of the force of impact to my skull and I might not be writing this now.  Buying the best gear increases your chances for survival.

A cool place I buy most of my motorcycle gear is called Aerostich, located in Duluth.  Their stuff is great.  Not only is it stylish and high-quality, they have a sense of humor.  Their catalogs often have fake listings for products they don't actually sell and it's amusing to see people guess which products aren't real.  They once offered yellow banana-shaped plastic containers so you can carry bananas on your motorcycle without damage -- and people called up and tried to buy them. 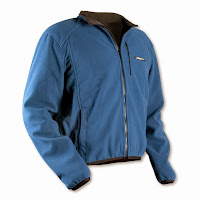 Anyway, my new fleece jacket is lighter than others but warmer due to its superior material and construction.  Its fit is intentionally designed for motorcyclists and conforms to your body as you lean forward with your arms outstretched.  (Discomfort from conventional clothing is something you instantly feel when getting in riding-position.)  The jacket blocks 98% of wind which, on a bike, is critical; air seeping inside your clothing transports coldness more than anything.

Plus, and I admit this openly, it has eminence.  Experienced riders recognize products from Aerostich and infer that someone smart enough to buy them is someone worth knowing.  I and other experienced riders instantly size someone up by the gear they wear.  We know that cheap, flashy jackets and helmets imply their wearer is a newbie or a squid.  Anyone wearing gear from Aerostich has our respect before they've opened their mouth.

Do you ever buy good quality clothing?  For a hobby or specific use, like skiing or a fancy party?

P.S., My favorite birthday card I received this year is shown below.  It's actual leather! 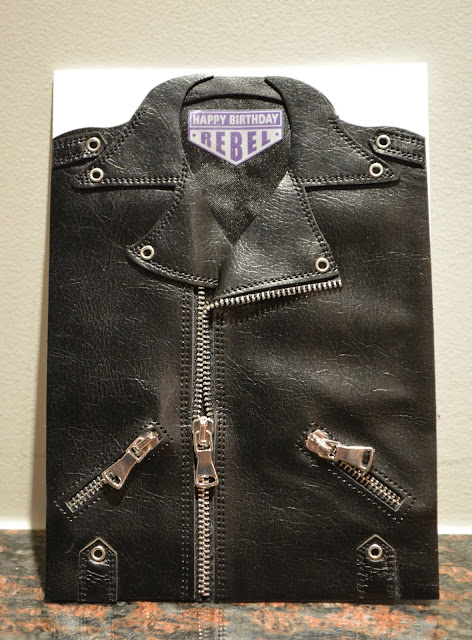