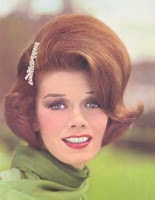 My birthday is approaching.  It always gets lost in the excitement over Halloween because it's only three days later (November 3rd).  I thought I'd use this quiet occasion to reflect on how much things have changed during my lifetime.

When I was young, there were no cellphones. If you wanted to make a call, you had to use your home telephone or go find a payphone. Payphones were in booths with doors on them, so you could take your suit off and become Superman without anyone seeing.

When I was young, there were record stores everywhere and people bought vinyl records to hear on their turntables.  Nobody carried music around with them like you can today.  It wasn't until the Sony Walkman was created in the 1980's (using cassettes) that you could listen to music outside your home.

When I was young, there were no electronic toys or devices.  For fun, you rode your bicycle around the neighborhood and checked to see if your friends were home.  Nobody ever looked at a monitor because there were no computers.

When I was young, everyone in America watched the same TV shows and there was only one late-night option -- "The Tonight Show" with Johnny Carson.  Johnny amused us even when he wasn't funny and everyone heard the same jokes.  Cultural critics say there will never be another Johnny Carson and what they mean is that no TV performer will ever again command the attention of the entire nation.  Now, the television audience is fragmented by many viewing-choices.

When I was young, you had to go to a movie theater to see a film.  There were no DVD-players or streaming Internet video.  Videocassette players didn't arrive until the 1980's.  You couldn't watch movies at home, so you joined the crowd at a movie theater.

How much change have you seen during your lifetime?
Posted by Shybiker at 11:42 PM