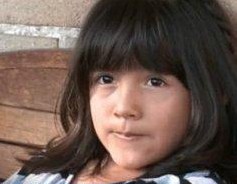 A 7-year old child who dresses in girl's clothes and plays with girl's toys wanted to join the Girl Scouts.  The child was turned away because he has "boy parts."

Later, upon further inquiry by the child's mother, the Girl Scouts admitted a mistake was made.  Under their policy, transgender children are allowed to join and participate.  Here's the story.

The existence of transgender children is not a myth.  I have a friend whose young son pleaded relentlessly to live as a girl.  My friend, who wants the best for her child, decided to allow it after consulting with numerous mental health professionals.  The child is now entering kindergarden where she will "present" as a girl and use a girl's name.  To protect my friend's privacy, I'm not going to say any more about their story other than to report that the child is now happy.

When I was young, I told everyone who would listen that I'm a girl and want to be treated as one.  I did everything possible to live as a girl, but to no avail.  Nobody recognized the validity of what I was saying.  Nobody accepted my decision.  I was told I was wrong and that I needed to straighten up.  When I protested further, punishment was applied in swift and persistent manner.  I realized I had no choice and learned to live as a boy.  The path of true fulfillment was denied me.  I hope some young people have better fates.

I applaud the Girl Scouts for their enlightened policy -- they accept any child who identifies as female.

Were you in the Girl Scouts or Brownies?  Did you have fun with them?
Posted by Shybiker at 6:14 PM