The First Sex-Change In America

Few people have met a transsexual and many have no clue about what we are.  I thought it might be helpful to tell you guys about the first popular transsexual who actually made a big media-splash years ago.  Her name is Christine Jorgensen.

You might not have heard of her; if so, that's because her story was before your time.  When it happened, though, it was HUGE. 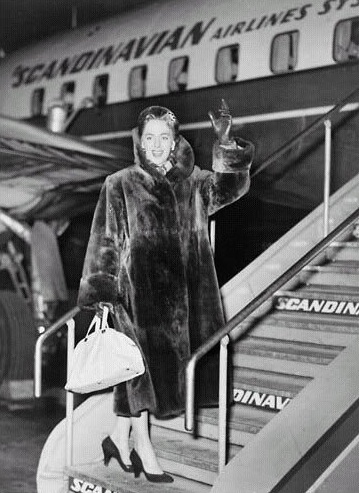 The year was 1952, shortly after World War II.  A man who grew up in New York, George Jorgensen, who went to Denmark to receive gender-reassignment surgery after taking female hormones on his own.  When George returned, he re-named himself Christine and tried to live as a woman.  Although never confirmed publicly, George was probably "intersexed," which means he had indistinct genitalia.

What happened at the time was a local tabloid newspaper (New York Daily News) saw an opportunity to exploit George's story so they sent photographers and reporters to Idlewild Airport (now Kennedy Airport) where a crazy mob-scene took place.  The newspaper then ran a headline, "Ex-GI Becomes Blonde Beauty", which plugged into the cultural standards of the day: first, focusing on veterans as the ideal of masculinity and, second, citing the common sexualization of women at the time.  Remember, it was 1952.

Other media followed the story and Jorgensen became the subject of innumerable newspaper and magazine articles, TV-segments, and even a (poorly-made) movie.

Christine Jorgensen, more than anyone, popularized the notion of transsexualism.  I remember seeing adults watching stories in the media about her when I was growing up in the 1960s and 1970s. 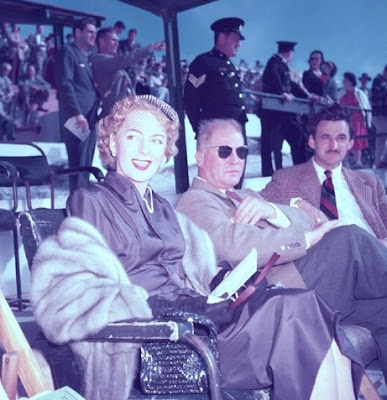 After her gender-reassignment, Jorgensen had a career as a stage actress and singer. Charismatic, she presented herself as a glamorous, well-coifed and beautifully-dressed lady.  During the 1950s and 1960s, Christine toured with a nightclub act in which she sang and did impressions. She appeared to capacity crowds at clubs from Havana to Las Vegas.

Throughout her life, Christine also had to endure an endless series of bad jokes and ridicule.  Entertainers, even on TV and in respectable forums, made fun of her for laughs.  One of our Vice Presidents (Spiro Agnew), who later resigned in disgrace after being accused of a crime, taunted another politician by calling him "the Christine Jorgensen of the Republican Party."

Jorgensen died in 1989 of cancer.  Half a century after her big debut, someone created a website devoted to her story.

Have you heard of Christine Jorgensen?  What do you think of her story?
Posted by Shybiker at 9:28 AM