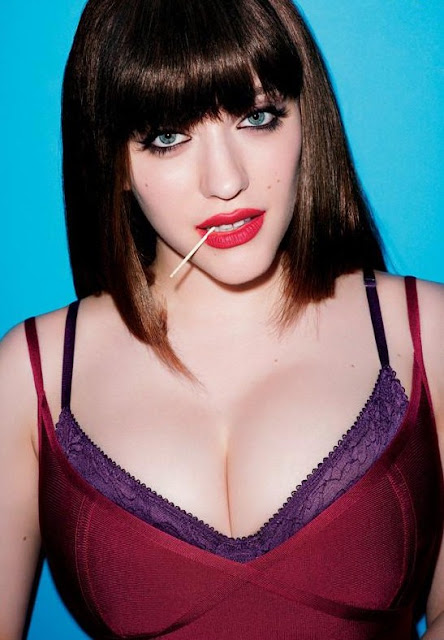 The picture is from the professional photoshoot in GQ magazine of popular new actress, Kat Dennings, who is the alt-rebel half of the "2 Broke Girls" cast.

A more interesting question to me is -- how often do you deliberately show your underwear?!
Posted by Shybiker at 11:57 AM