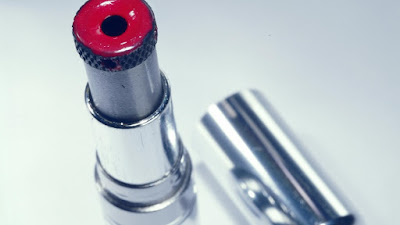 On Thursday I'm riding my motorcycle down to Washington, D.C. to visit the International Spy Museum. The Museum just moved to a brand-new building which is much bigger than its last and has more exhibition space.

I've always been fascinated by spies and espionage. New York City has a decent spy museum which I visited last year (Spyscape). Its presentation is interactive; you get tested for spy abilities and at the end you're told which role you're best suited for (e.g., field operative, agent handler, analyst, cryptologist, surveillance officer, etc.). The NYC museum is fun.

I've never been to the bigger one in D.C. I hear it has innumerable cool things to see, like a lipstick-shaped pistol used by female Russian spies in the Cold War. (See picture.) The pistol is a 5mm single-shot weapon that delivers "the ultimate kiss of death." Secret agents also used hollow coins to hide microfilm. And listen to this -- in the 1960's, Romania's Secret Service stole an American diplomat's shoes, put a hidden microphone in his heel, and returned them to him and later listened to his confidential conversations. Wow...

Modern spy-craft centers on computers and hacking. Governments know how to secretly turn on microphones and cameras in smartphones/laptops to monitor and record people without anyone knowing it. The U.S. infiltrated Iran's nuclear weapons facilities by putting malware in seemingly-innocuous USB's used to transport critical software in computers that weren't connected to the Internet and thought to be impenetrable. Another way of breaching "air-gapped" (non-online) computers is to use high-pitched sounds (beyond human hearing) that instruct computers to furtively do things their operators are unaware of. Ingenious stuff.

Kurt Vonnegut wrote: "espionage offers each spy an opportunity to go crazy in a way he finds irresistible" (“Mother Night: A Novel”, p.191). Yup, that's me!