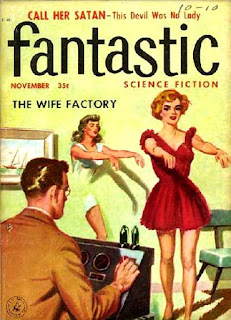 Harlan Ellison just died. He was 84 years old. Ellison wrote science-fiction and television. You may have seen some of his work on "Star Trek," "The Outer Limits," "The Man From U.N.C.L.E.," "The Alfred Hitchcock Hour" or "The Flying Nun." His story "A Boy and His Dog" was made into a movie in the Seventies with Don Johnson.

Despite his writing talent, Ellison was an asshole. All of his five ex-wives say he was abrasive and argumentative, as do many others, some of whom Ellison physically assaulted. During one sci-fi awards ceremony, Ellison grabbed a woman's breast on stage (the video is on YouTube). Ellison himself said he was a "troublemaker" and "malcontent" and a dust jacket on one of his books described him as "possibly the most contentious person on Earth." Ellison was expelled from college for hitting a professor.

His writing, however, was imaginative. For decades it was lauded with awards and high sales. Ellison is considered one of the top-three sci-fi writers of our time. You just needed to stay arm's-length away from him.
Posted by Shybiker at 5:37 PM