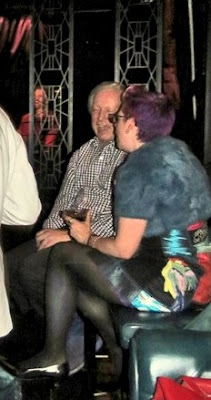 One thing I do before traveling is research my destination. The more I know about the place, the better time I have because I "see" more during my stay.

Inspired with desire to visit a good friend -- extraordinary blogger Sheila -- I plan to go to a place in Canada called Victoria. It's on an island west and separate from Vancouver. Sheila says you can't drive there: you have to take either a slow ferry or a fast seaplane. (I'm doing the latter.)

Researching Victoria is teaching me fascinating facts, like how it's the most densely-populated city in Canada despite have a small population. And it's geographical location -- Victoria is actually SOUTH of the Northwest corner of the U.S. That's because the island on which it sits (at the island's southernmost point) extends below the U.S./Canadian border out in the ocean. I recognize an American city in Washington state (Bellingham) and Victoria is actually below it. Plus, Victoria is only 60 miles from Seattle. That reminds me of how Toronto (another big Canadian city) is less than an hour's drive from Buffalo. Most of the populated areas in Canada are right over the U.S. border because it's warmer there than further north.

Have you ever been to the west coast of Canada?

Sheila has one of the best fashion blogs around. She creates amazingly original outfits and posts with enviable regularity. Her clothes and shoes are striking and she combines them with the skill of a pro. The education I've gotten from her during the past decade is invaluable; I really ought to pay her tuition.  :-)
Posted by Shybiker at 8:06 AM