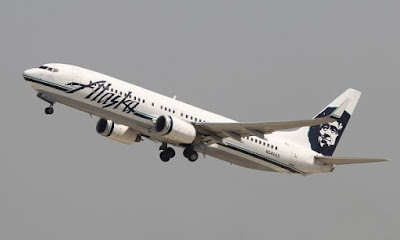 Reading the news this week has me worried about humanity's future. We may be too dumb to survive.
A "man" was flying on Alaska Airlines when he was told that he couldn't have a beer. So, despite his nominal age (32-years old), he threw a tempter-tantrum. He started screaming and yelling, demanding beer. He then locked himself in the bathroom and pounded on its door. He said he might get violent if the flight-attendant didn't get him a beer. Finally the crew calmed him down ...and, like a child, he asked for hugs from the attendants. His behavior alarmed the pilot who diverted the flight and landed at an unplanned destination. The man is now facing charges.
Another man broke out of a Georgia prison in 1968 -- 48 years ago. At the time, he was serving a 17-year sentence for robbery. Since 1968, he's been living comfortably on the lam in Connecticut. This week, he was captured and returned to prison in Georgia. How'd they find him? He applied for Social Security.