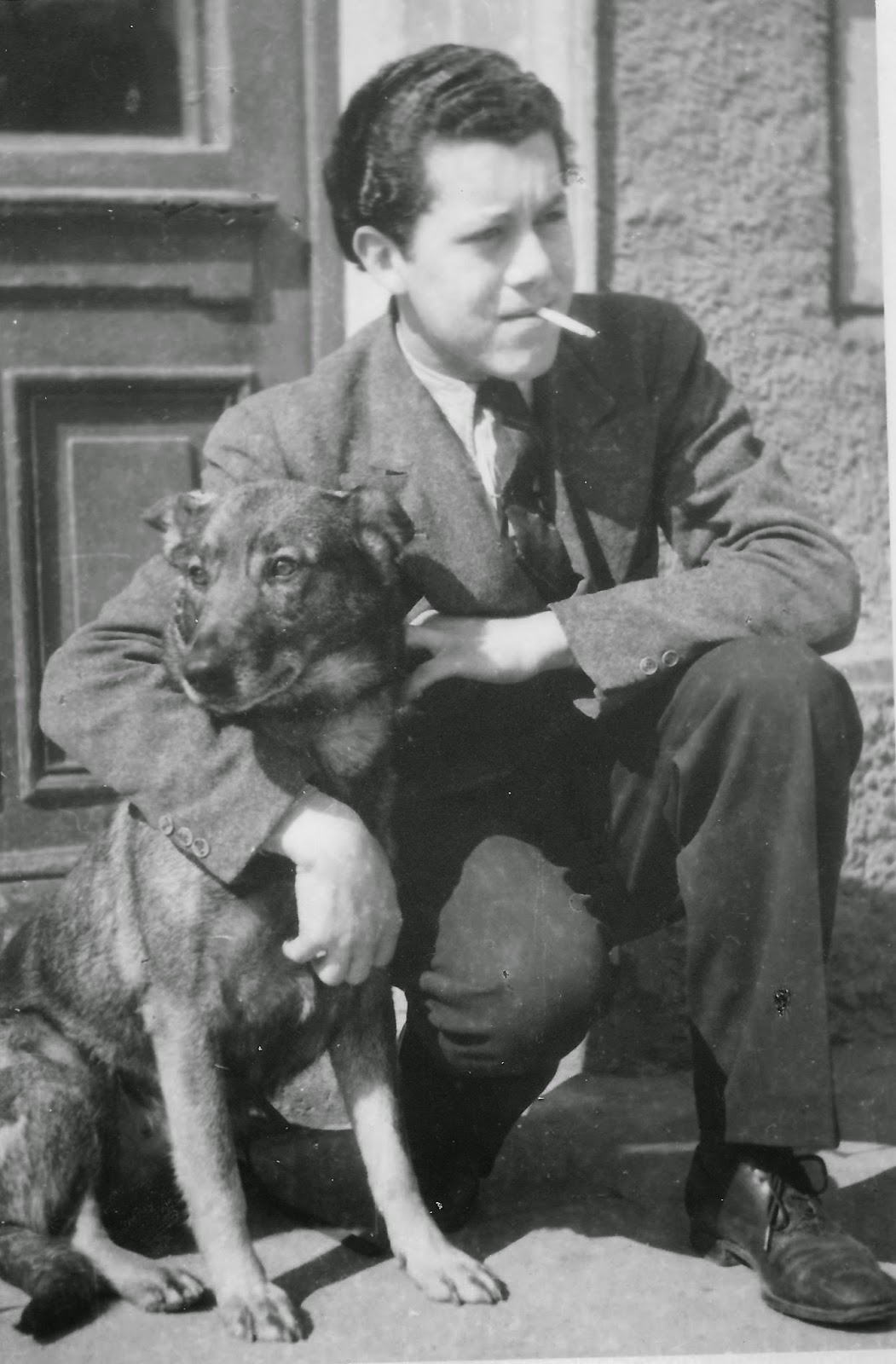 I had a complicated relationship with my dad in my youth but, in adulthood, I reconciled the bad parts and chose to be kind to him.  That was the right choice and it's made both of us happier.

He's doing well at age 84, living down in Florida in a nice house with a pool.  He has a female partner and many friends.  After he retired from the police force in 1985, he and my mom moved down South.  (She died in 1990.)  He's traveled around the world multiple times and lived a relatively charmed life since then.  He's comfortable in all ways.

By contrast, my father's childhood was spent in war-time chaos.  He was born in Germany (1930) and grew up during World War II (1933-1945).  His hometown of Stuttgart was bombed, so he was sent to live with relatives in remote farmland.  In 1950, he came to this country on a boat and started to build a new life from scratch.  He socialized with other immigrants and met my mother at their local tavern.

My dad succeeded in creating a new life.  He found his soulmate (my mother) and a decent career (law enforcement).  My parents relished their family life for four decades.  My mother and brother passed away in 1990-1991 which was a blow: half of our family disappeared almost overnight.  But my dad and I survived and found new ways to relate to each other.  I'm going to call him in a few minutes.

What's your family history with your father?
Posted by Shybiker at 10:10 AM