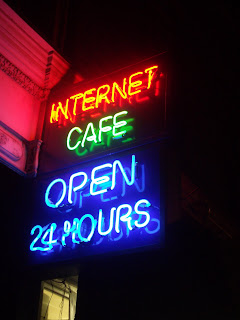 It may surprise you to hear that women use the Internet much more than men.  Here are some stats from a recent article on a technology website:

- Women are the majority of users of social networking sites and spend 30% more time on the sites than men.

- In e-commerce, female purchasing power is significant.  Sites like Etsy, Zappos, Groupon, and Gilt Groupe are all driven by female customers.  According to Gilt, women are 70% of its customer base and create 74% of its revenue.  77% of Groupon’s customers are female.

- There are many new e-commerce companies that harness the power of female consumers, such as Modcloth, Kings Lane, Plum District, Stella & Dot, Rent the Runway, BirchBox, Shoedazzle, Zazzle, Callaway Digital Arts, and Shopkick.  These companies leverage “girl power” and the majority of them were founded by women.

- On Facebook, women are not only the majority of users, they drive 62% of activity in messages, updates and comments and 71% of fan activity.

- More women use Twitter despite its reputation as a techie-insider’s (male) product.  Women follow more people, tweet more, and have more followers on average than men.


What do you think of this?  Does it match your experience on the Internet?

The article says these statistics shouldn't be surprising because women are "more social, more interested in relationships and connections, and better at multi-tasking."  Does that sound accurate to you?
Posted by Shybiker at 12:39 AM