When I was a teenage, Sonny and Cher had a TV variety show.  They sang songs and performed comedic skits.  Sometimes, they'd bring out their baby-girl Chastity and hold her while they sang.  Chastity was always dressed in ultra-frilly dresses with lots of ruffles.

I don't know if you heard but, a year ago, Chastity Bono changed her gender from female to male.  His name is now Chaz.  Prior to his transition, Chastity told people she was a lesbian.  Chaz is still involved with the same girlfriend he had when he was a woman. 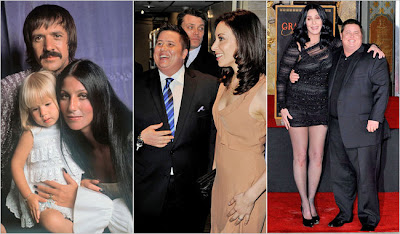 Chaz made a documentary about his life called "Becoming Chaz" which will debut at the Sundance Film Festival this year.  It's starting to attract much press coverage, primarily because of Cher's popularity and also because Oprah Winfrey produced the movie.  It will certainly garner more attention as time goes on.  The movie will also be shown on the new Oprah Winfrey Network (OWN).

In the film, Cher is interviewed and explains she has never been enthused about her child's transsexualism.  In earlier news-reports, Cher was vocally critical and unsupportive of Chaz.  Now, since the transition, Cher says she'll accept her child in whatever gender Chaz chooses, but her discomfort and barely-concealed dissatisfaction over the issue is manifest.  Cher's "acceptance" of Chaz is begrudged, at best.