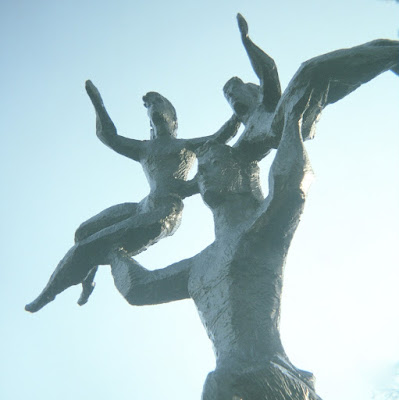 I look forward to the future when I'll have more time and opportunity to pursue projects that matter to me. I'm developing an idea for one now and could use your help.

One benefit of being old is you've seen society act in different ways than it does now. For example, when I was growing up, driving drunk wasn't punished or even considered wrong; it was simply a joke since most adults drank and all of them drove afterward. Nobody got arrested for it. My father was a cop and he said his job was to escort drunks home, not criticize them.

We live in a strange age. One change over the past half-century that bothers me is a shift in the concept of "celebrity." In the past, to become famous you had to have done something valuable, like cure polio. Now fame is bestowed on third-rate television actors or, worse, Internet players who deploy low-rent gimmicks to gain attention. Granting acclaim to such people seems wrong, especially since others striving for and achieving more important goals go unlauded.

So one project I want to do in the future is to find ways to celebrate ordinary people for wonderful things they do. Elevate them from obscurity instead of rewarding jerks who act foolishly simply for attention.

As a beginning of this project, I'm curious about people's uncelebrated talents, efforts and goals. What do you do that makes you proud? What do you do that you wish others applauded or at least acknowledged? I'm asking about anything, not just things society views as worthy.

For example, are you a good mother? Or do you try to be a good friend to others? Or do you experiment with fashion and create stylish outfits? Can you cook a nice meal? Do you craft up a storm? Anything you believe has value has, in my opinion, reason to celebrate. What is it?

Don't be shy or humble; share with us so I can figure out ways to promote the good people like you do.