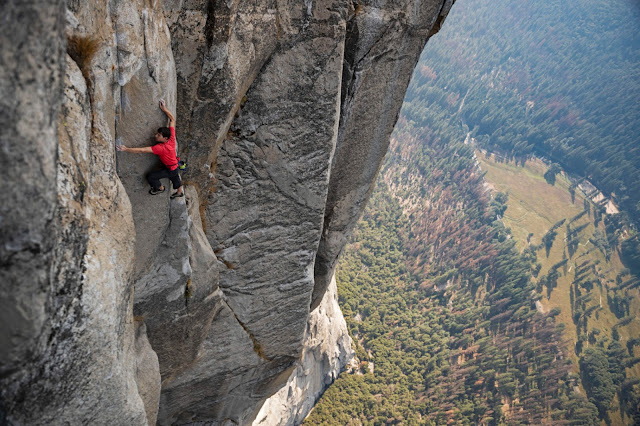 The film that won the Oscar for Best Documentary last year is impressive ("Free Solo"). It shows one of the greatest feats of human achievement -- a climb up the most difficult rock-wall in the world (El Capitan in Yosemite). Alex Honnold, a 30-year old climber, scaled 3,200 feet of vertical granite --and he did it WITHOUT A ROPE. The lack of safety gear meant any mistake he made would be his last. You don't plummet a thousand feet onto jagged rocks and live.

What's surprising and interesting about the film is its subtle examination of Alex's psyche. For example, it depicts his struggle to establish a romantic relationship with a girlfriend. Alex grew up in an emotionally barren home with a father who was autistic. His parents never said the word "love" so Alex has trouble opening up to his girlfriend. She's eager to forge an emotional bond with him but has to battle through his armor and confusion about personal relations.

The climax of the film is Alex's attempt at one of the hardest climbs in the world, without a net. The suspense is palpable.

The film triggers many reactions and is worth watching.
Posted by Shybiker at 7:34 AM