I love my dad, but he drives me nuts. Those of you in your twenties and thirties probably aren't facing this yet but when you get older, you will. I'm speaking, of course, about Crazy Old Parents.

A year or so ago, I gave my dad a fancy pen for his birthday. He loves it. Two weeks ago, he called and asked me to get him a refill for the pen. I suggested he try Amazon. He said they don't have Amazon in Florida. Shaking my head, I explained you reach Amazon through your computer. He huffed and said, "I'm too old for that crap!"

So I ordered the refill. And mailed it to him. He calls today to say thanks, he got the refill, but unfortunately he lost the pen. So the refill is useless.

Hearing his disappointment, I asked what else I can do to help. He said I can buy him another pen. Apparently he believes what I really gave him last year was the guarantee of a lifetime supply of fancy pens. I shrugged my shoulders and said, "Sure, Dad." I know from experience there is no point in arguing with the man. (I stopped asking him about politics years ago...)

Do your parents drive you crazy? 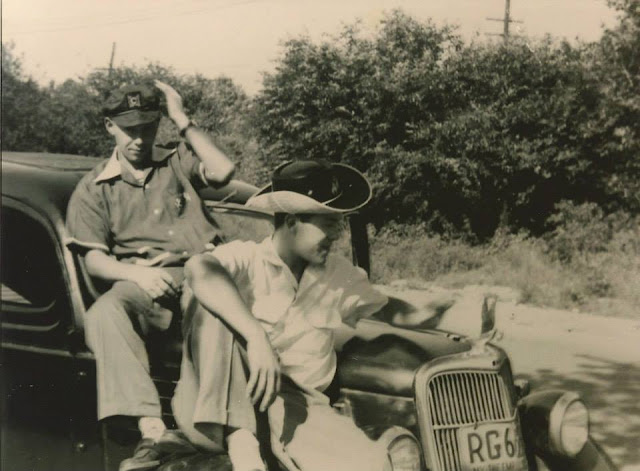 (That's my dad in the white shirt.)