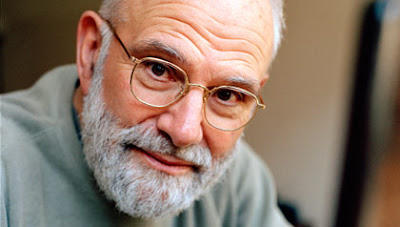 Oliver Sacks died today. He was a famous doctor who wrote numerous books and articles. His specialty was neuroscience; he focused on the brain and its workings.

I mention Sacks because you might have seen a 1990 movie about him. His book "Awakenings" was made into a movie starring Robin Williams (playing Sacks) and Robert DeNiro (a patient). It described Sacks's effort to get patients who were thought to be brain-dead back to normal life. The book was based on Sacks's true experiences at a hospital in the Bronx (NY).

I read many of Sacks's newspaper articles over the years. He was an excellent writer who engaged your interest and explained things you wouldn't ordinarily care about. He was as good a writer as he was a physician.

In February, I read an article by Sacks in The New York Times where he revealed that he was in the final stages of terminal cancer. He wrote at the time:

"It is up to me now to choose how to live out the months that remain to me. I cannot pretend I am without fear. But my predominant feeling is one of gratitude. I have loved and been loved; I have been given much and I have given something in return; I have read and traveled and thought and written. I have had an intercourse with the world, the special intercourse of writers and readers."

In his personal life, Sacks was a shy person who didn't reveal that he was gay until this year. It wasn't until he was 82 years old that he came out of the closet. That's profoundly sad, but I understand it. He grew up in my parents' generation when homosexuality was considered deviant and even a crime. It's hard to adjust and accept that society's attitude has changed when most of your life you're taught that you'll be punished for revealing yourself. That's not an unusual perspective to have.
Posted by Shybiker at 8:40 AM