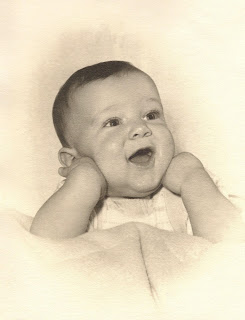 We think according to modern conventions. Life hasn't always been like this, however; looking back in time can enlighten when it changes our perspective.

Even scarier is a century earlier. In 1800, average life expectancy was 25 years old. Which means most people did not reach their thirties. Imagine that. Today we don't think of people becoming mature until the age when they died for most of human existence.

Another corollary to this startling fact is what we think of as "human nature," the qualities that define our species. For the entire existence of mankind until very recently, people lived and died in 25 years. How developed were they before Nature took them away? Can we really say qualities now associated with middle-aged maturity are innate to humans if they rarely existed before now? Most people during their short lives were undeveloped. As Hobbes noted, life in the state of Nature was "solitary, poor, nasty, brutish and short."

It's understandable that we're myopic in our view of humanity. When we look back in time, the reality of our animal species is surprising. Can you imagine a world where most people are under 25 and few older people are alive? Sounds like "Lord of the Flies" to me.