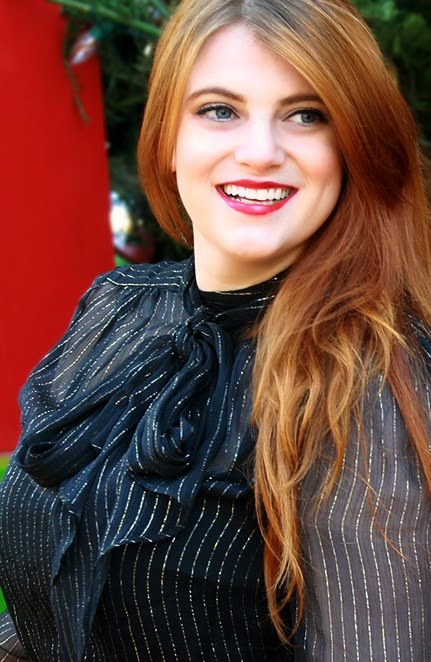 I've been following Christine, who blogs at Madame Ostrich, for two years. I admire her vibrant style. Christine writes and photographs well. Her blog is an entertaining read.

Because Christine lives and works in New York City, I've long harbored a wish to meet her in person. We finally got together tonight. We went to see "Hedwig and the Angry Inch" and had dinner afterward at Virgil's BBQ.

Christine is as charming in person as she appears on her blog. She told me about her childhood in California and how she moved to New York to pursue her dreams. Her goal is to become a fashion journalist and she's currently working for a major cosmetic company. Christine is so smart and literate that I assumed she was older than her actual age (25). She has, by the way, beautiful red hair. We talked about hair and wigs for quite a while.

Have you ever heard of "Hedwig..."? It started out in obscurity sixteen years ago, was later turned into a movie (2001), and last year was revived as a big Broadway show -- and won the Tony award for Best Musical. The show was created by John Cameron Mitchell who originally starred as Hedwig in the first stage-production and the movie. When the show hit Broadway, Neil Patrick Harris played the lead and won a Tony for her performance. I saw the show last Fall with Andrew Rannells as Hedwig. I went back because, for a limited time, John Cameron Mitchell returned to the lead and I was dying to see him in person. For me, he is Hedwig. He didn't disappoint.

John Cameron Mitchell initially turned down the role on Broadway because he believed he was too old (52) for it, but his age actually works for him. He brings emotional weight to it now that wasn't there two decades ago. The performance has touching depth. 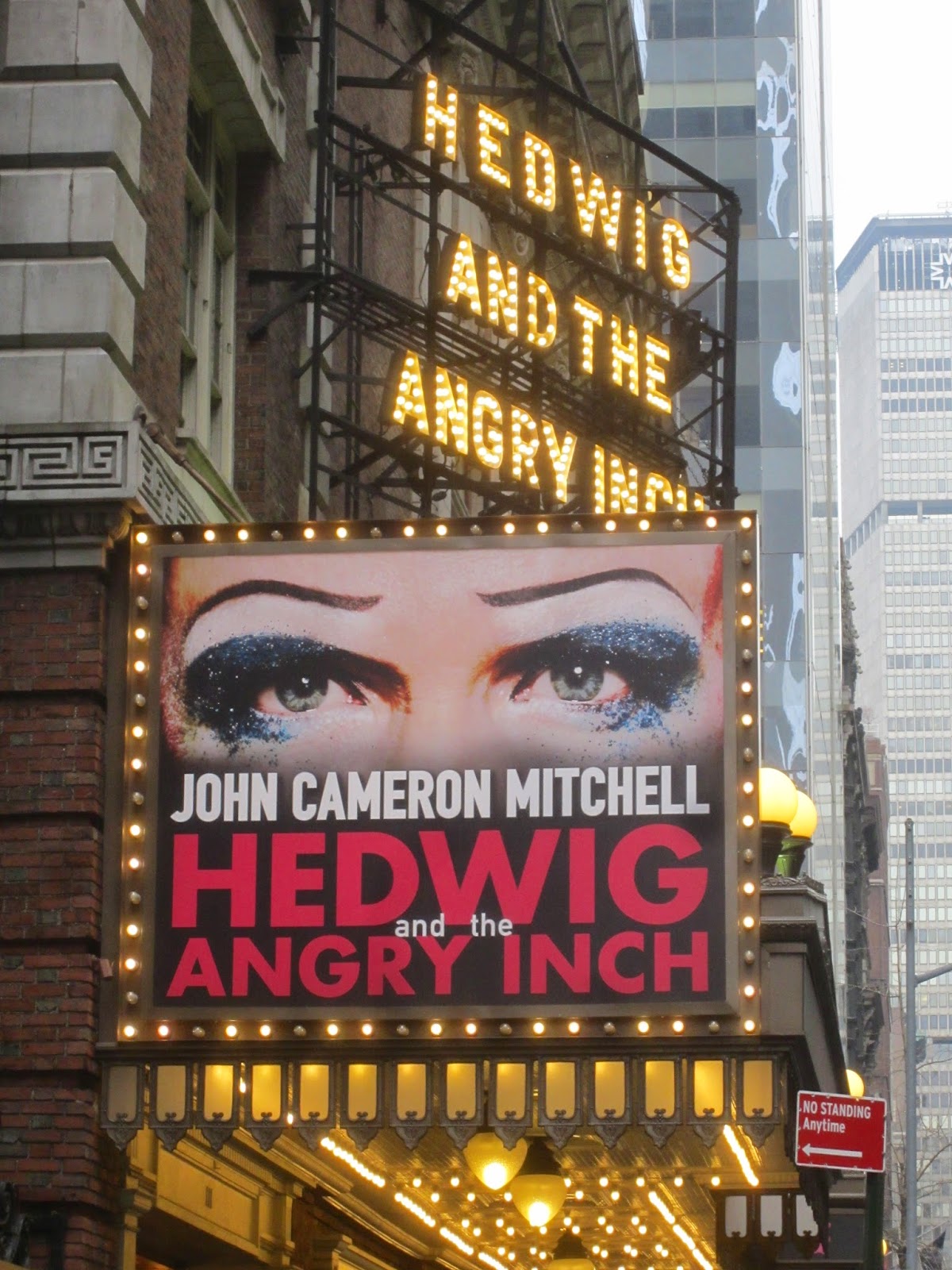 "Hedwig..." is a poignant, funny and buoyant musical with a rock-score. It's about a boy who grows up in East Germany during the Cold War, wants to become a girl and has a botched sex-change operation (leaving her with "an angry inch"). She ends up in a trailer-park in Kansas, pining for a boyfriend who stole her songs and became a rock-star. Along the way, Hedwig utters seriously-witty sarcasm and sings beautifully. Among the lines is: "How did some slip of a girly boy from communist East Berlin become the internationally-ignored song-stylist barely standing before you?"

As you can see, the "Hedwig..." plot is unconventional and many people were surprised that it resonated with a mainstream audience. For years, the show was a cult-hit kept alive by fans like me. Now, couples from the suburbs come into the city to see it. The world is changing...

Seeing the show was a great occasion to hang out with Christine. We enjoy each other's company and I hope we're on the path to friendship. 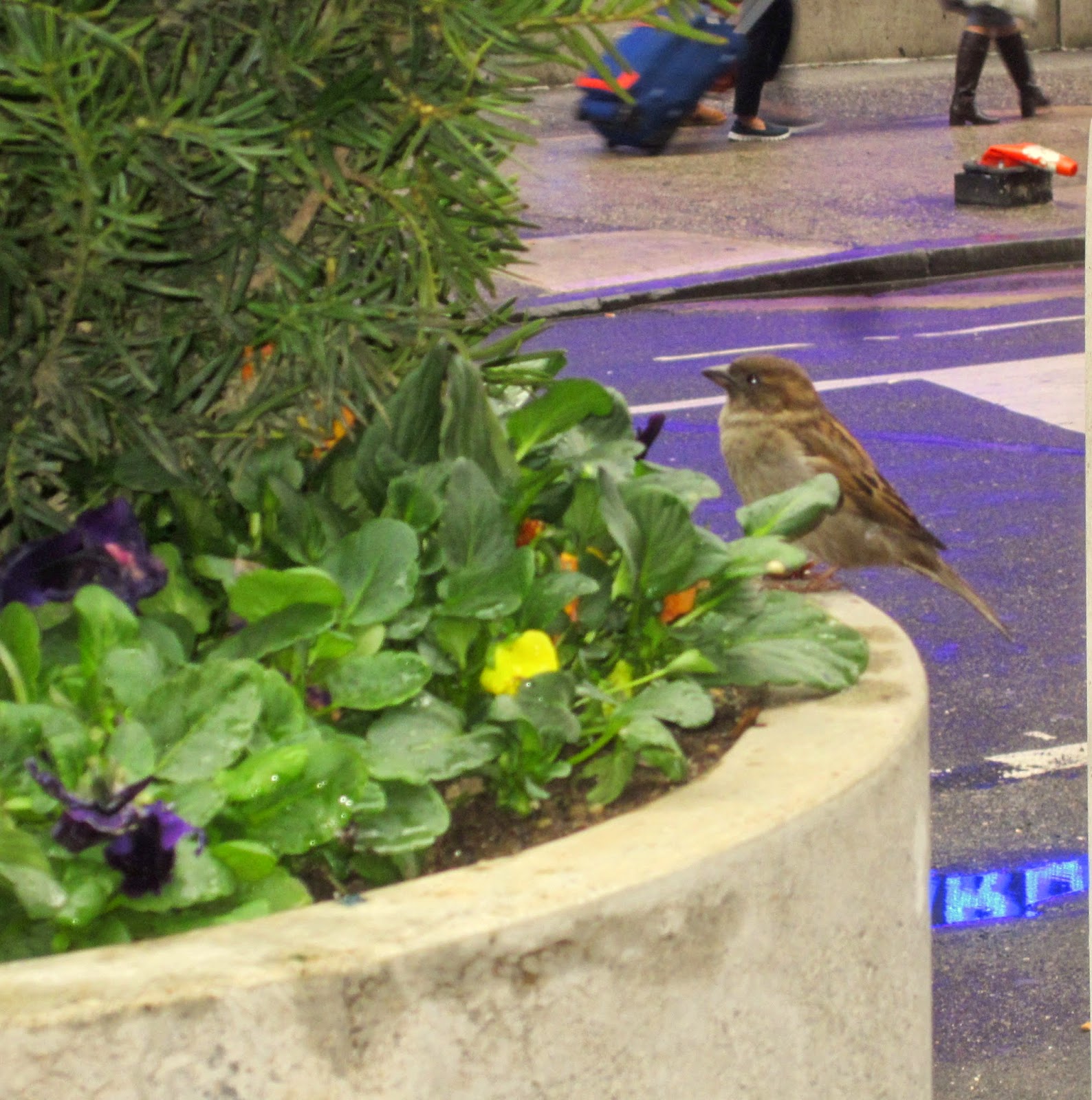 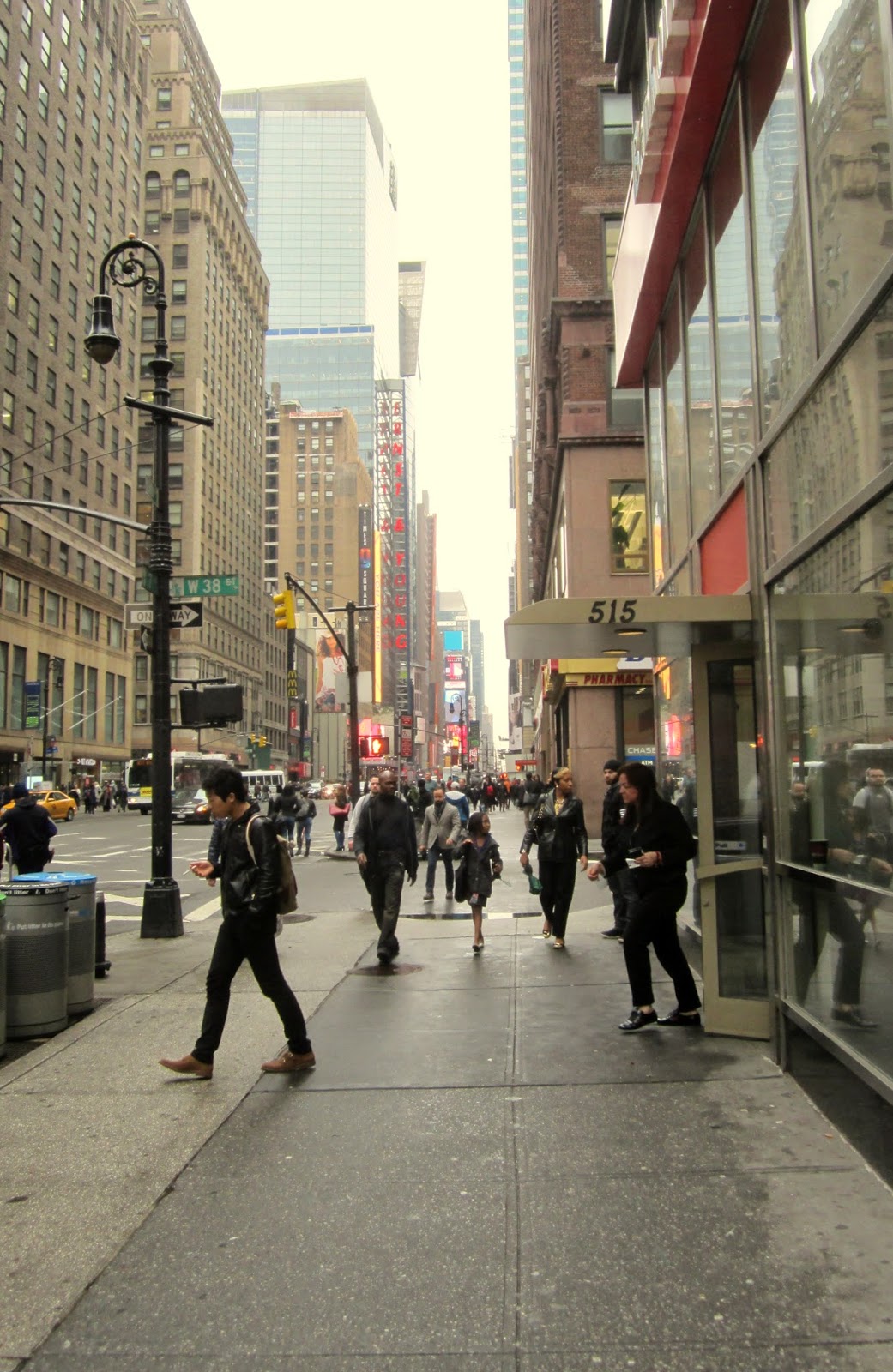 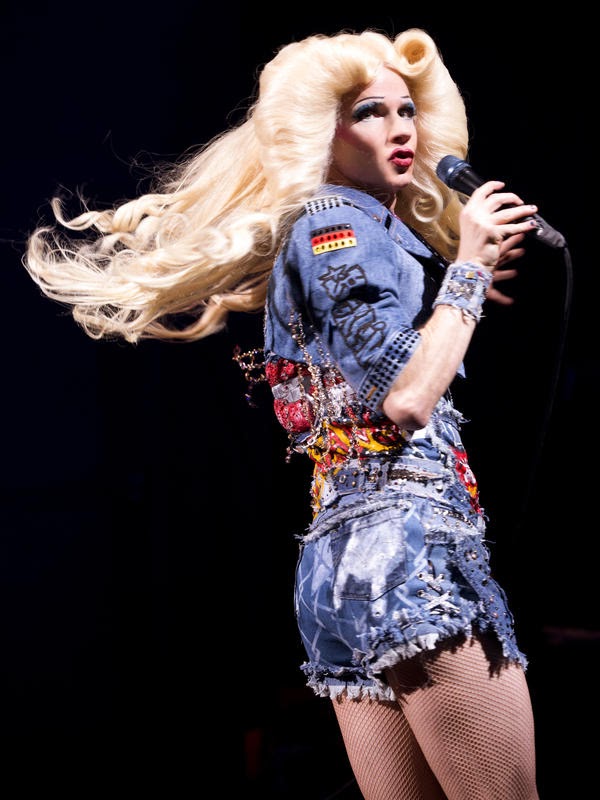