Transitioning is a process in which a person born one gender changes to the opposite sex.  Not all transsexuals make the transition and those who do handle it in different ways.  Sometimes people have surgery; sometimes they do not.  What marks the change is the individual's public presentation which announces to the world how they want to be identified.

Transitioning is not easy and is rarely pretty.  If a person transitions in adulthood, their body has already gone through major physical developments that are largely irreversible.  That means changing their gender-appearance is cosmetic and often unconvincing.  A term used for this is "passing" -- being able to pass in society as your chosen gender without detection.  Most transsexuals cannot pass and, for them, this dooms the process.  Nobody wants to be viewed as a freak. 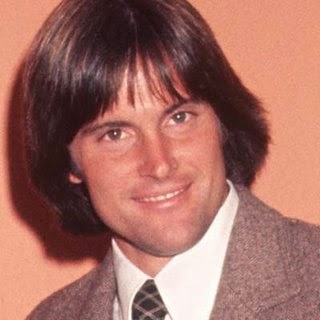 It appears that a male celebrity known for his association with a family of hyper-popular women is about to transition.  In fact, it's manifest he has already started by having various well-known surgeries used in male-to-female transitions.

The celebrity is Bruce Jenner.  I recognize Bruce from my childhood.  In 1976, when I was starting college, Bruce won a gold medal at the Olympics in Montreal.  His sport was the decathlon.  Bruce was hugely celebrated for the win and, of course, was pictured on a Wheaties cereal box.  Wikipedia says he was a "national hero" and that rings true to my recollection.  Bruce had his picture taken with President Ford. 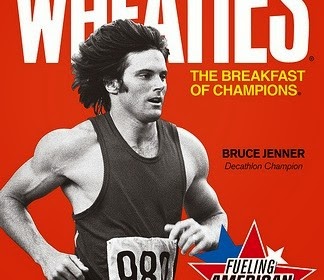 After Bruce's achievement at the Olympics, I stopped hearing about him.  A decade ago, Bruce became famous again when he married Kris Jenner and become a stepfather to the Kardashian girls (Kourtney, Kim and Khloe).  (He also has six children of his own.)  In 2007, the reality television show, Keeping Up with the Kardashians, became a hit and put the spotlight back on Bruce.

I've never seen the show so I can't talk about Bruce's involvement.  I noticed, however, that he separated from Kris two years ago and filed for divorce in September.  Recently, he appears to be starting the transition to female identity.  He denies he's doing it, but the signs are there.  Tabloids are printing photos that show dramatic changes in his physical appearance.

Bruce's popularity will undoubtedly bring major attention to the subject of transitioning and being transgender.  I hope that attention is educational and not tawdry.

Do you know who Bruce Jenner is?  Do you have any questions about this subject?