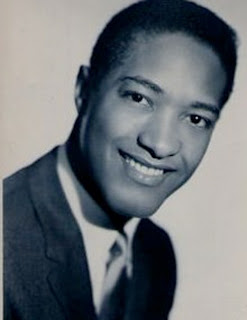 Some artists transcend their craft and become important influences on society.  Sam Cooke was one of those artists.

Raised in the South in segregated times, Sam sang gospel music with an angelic voice.  He rose to huge popularity among black audiences.  Sam aspired to "cross over", meaning achieve popularity with both black and white audiences.  In the 1950's, that was a difficult feat.

Sam wrote and sang a series of 30 hit pop songs, many of which you'd recognize (e.g., "Chain Gang"; "Twistin' The Night Away"; "You Send Me").  He got a chance to address a mass white audience when he appeared on "The Ed Sullivan Show", a TV variety-show that was watched by everyone.  After that, Sam got opportunities to sing in mainstream venues like the Copacabana in New York City.

Sam wanted more than that.  He wanted to control and profit from his music in ways that were not common back then.  Record producers routinely exploited musicians and kept all the profits after giving the artists no more than a Cadillac and a silk suit.  After years of being exploited by RCA, Sam hired bulldog-lawyer Allan Klein who re-negotiated an unprecedented deal giving Sam control and profit from his music. 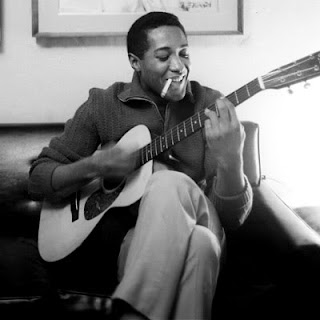 Sam's career touched many historical events.  Aretha Franklin did her first tour with Sam.  Sam wrote a song for Mohammed Ali which Ali promoted during his rise to fame.  Sam was in the front row when Ali beat Sonny Listen for the boxing heavyweight championship.

Sam wrote innumerable pop hits and, when the civil rights movement took shape, he made songs extolling the importance of racial equality.

Sam was a rare young black man who not only achieved musical mastery but financial and social independence.  He accomplished amazing feats in difficult times.

Sadly, Sam died early and tragically in 1964.  He was shot dead in a hotel room in Los Angeles at the age of 33.  Many doubt the official story and, given the times, believe a conspiracy was involved to remove a powerful black icon.  Either way, Sam Cooke was someone we should remember.

Have you ever heard of him?  If not, check out his songs.
Posted by Shybiker at 6:37 AM