When you get old, you become cranky.  Life is harder than before.  Just moving your body is more difficult.  Joints creak and you moan getting out of chairs.

Plus, kids today have no respect.  That music they listen to?  Awful.  Not like in my day, when music was music and songs had a tune.

Getting old is enough to make you a curmudgeon.

Let me tell you about my days.  Back in the Seventies, we listened to music and smoked dope.  It was relaxing, it was mind-expanding.  Songs were 20-30 minutes long.  Like Don McLean's "American Pie" and Arlo Guthrie's "Alice's Restaurant". 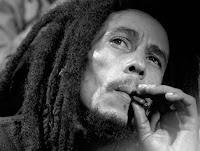 A typical scene -- I'd knock off studying and look to chill for a few hours.  I'd put a record on the turntable.  A real vinyl album, which has warmer sound than digital recordings.  A popular choice was the 33 minutes of aural bliss provided by The Allman Brothers band in their song, "Mountain Jam (Live At The Filmore East)."

I'd open a double-album cover to form a large, V-shaped platform onto which I'd pour a pile of weed.  While the music soothed the mood of the room, I'd sort the leaves from the stems and seeds, then roll a joint or two.   Leaning back into a soft, comfy sofa, I relaxed and toked to the sounds of real artistry.  Damn that Dickey Betts can play guitar! 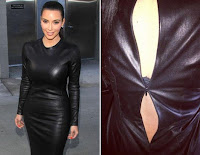 Life was slower, more pleasant and full of culture.

Nowadays, kids walking down the street are glued to their smartphones.  Without looking where they're going, they download a three-minute Justin Bieber song from iTunes and listen to it through earbuds (an abomination).  They chug down a 5-Hour Energy Drink and stop at the deli to pick up some Red Bulls.  They tweet about a talentless Kardashian whose zipper broke.  And check Facebook to see where their friends are.  And text about Snooki being pregnant.

I told you I'm a curmudgeon.  Just wait until you're old!
Posted by Shybiker at 12:07 AM