I just read a fabulous post by one of my favorite fashion-bloggers and I want to bring it to your attention.  The blogger is poet and the post is here. 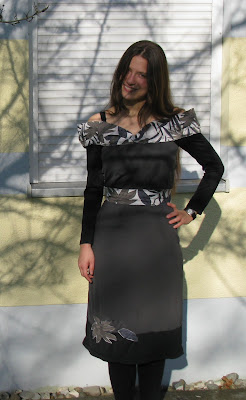 Feminism, today, is a misunderstood and largely ignored political philosophy.  When I was growing up, however, feminism was big.  In the early 1970's, feminist activism was very popular.  Society was changing, women were demanding (and obtaining) new opportunities and freedom, and the term "feminism" meant something different than it does today.

I was introduced to feminism by my partner at the time (Maura) who gave me dozens of books to read.  We discussed the many aspects of social history and conditions.  Then we became active in several political struggles to gain greater equality for women.  Through those efforts, I became personal friends with some of the biggest names in the movement (e.g., Andrea Dworkin).

In her post, poet seeks to reconcile her beliefs about politics and society with her choices on fashion and personal appearance.  Of real significance to this, poet has superior sewing skills and makes many of her own clothes.  A while back, I showed you a laptop-bag she made out of a male-friend's jacket.

The post has both powerful insights and many, many pictures.  The pictures illustrate her points very well.  To anyone interested in fashion (like you), the post will be appealing on several levels.  I urge you to take a look. 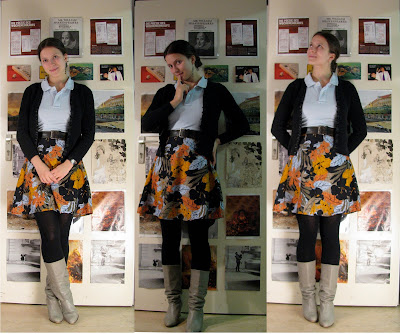