Women On The Supreme Court 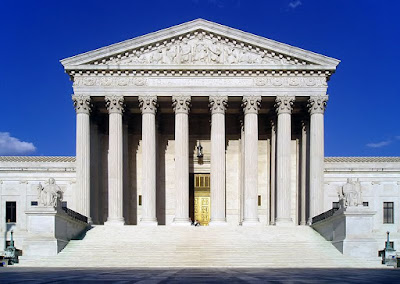 There are nine Justices on the U.S. Supreme Court.  Pop quiz: How many are women?

The term of the Court begins in October and, this year, the number of women on the Court is the highest it's ever been.  There are currently THREE female Justices.

They are: Ruth Bader Ginsburg (whom I've met in person; she was appointed in 1993), Sonia Sotomayer (appointed last year), and Elena Kagan (appointed this year).

The first woman ever to reach the Court was Sandra Day O'Connor in 1981.  She retired in 2006.  Ruth Bader Ginburg, who is currently serving, was the second woman who made it there.

I was admitted to the Supreme Court several years ago.  When I went there for the ceremony, my parents were very proud.  As immigrants, they hoped to see that kind of success for their child.
Posted by Shybiker at 3:56 PM