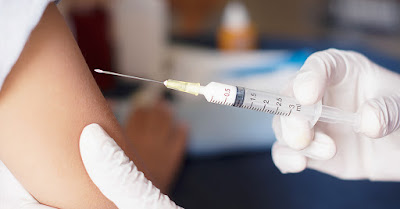 People are telling stories of their vaccinations. I wasn't going to tell mine but something just happened which impels me to do so.

Availability of the vaccine varies from state to state. In New York where I live, there are eligibility criteria and even when you become eligible there are long delays in getting appointments because millions are trying to squeeze through a narrow bottleneck.

A week ago they made people over 60 years old (like me) eligible. But it took me over a week to be able to schedule an appointment -- and that date is more than five weeks away (late-April). Oh, well, I thought; I'll just wait my turn.

This morning a friend of mine who's politically-connected contacted me privately and said he could get me an earlier appointment -- like tomorrow. Using his influence he'd be able to let me jump the line.

I turned him down.

I've lived long enough to learn that if something feels bad, it is bad. I've regretted some bad choices in my life and know making them was a mistake. Getting the vaccine sooner wouldn't erase feelings of ignoble selfishness.

In the bigger picture, we are in this fight against the virus as a community. We need to protect the community, not our individual selves. Jumping the line pushes others aside, exposing them to risk. Individual selfishness carries real social costs.

Last month two women in their early-thirties dressed up as grandmas and tried to get vaccinated with false IDs saying they were over 65. They succeeded in getting a first shot and were caught getting their second shot. So, yes, people are scheming to get vaccinated before their turn and acting without concern for the rest of society. In my opinion, that's plain wrong.