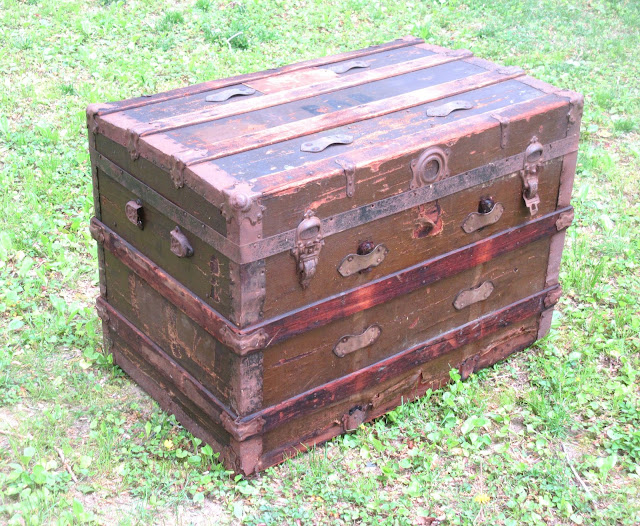 Like many, I'm handling the pandemic by tackling old projects that have been on the back-burner for years. Like cleaning the basement. A chore I planned to do a decade ago but always found excuses to avoid. Sometimes, however, these projects turn out to be fun and not drudgery. While sorting through old things we can discover treasures. I did this morning.

Buried under piles of crap, there was an old steamer trunk. I wasn't sure where it came from or what, if anything, was in it. So I pulled it out and opened it up. Wow!

The trunk was full of vintage stuffed animals and toys from a half-century ago. They belong to Maura, my first girlfriend, who loved them when she was little. Pictures are below. I alerted Maura to the find and offered to send them to her. She replied I can continue to store them, which I will, only now I'll store them out in the open instead of hidden away. Since Maura is 63, these delightful items are at least a half-century old.

One that really appeals to me is a doll make of cloth attached to a round wooden box. Inside the doll is a wooden dowel which lets you raise the doll up and down -- including into the round box where it completely disappears as the cloth scrunches together. What a fun toy!

Also of note is the trunk itself. I asked Maura where it came from and she said it was her grandmother's. Which dates it accurately: steamer trunks were built and used from 1880 to 1920. Maura's mother was old when she got her (40-ish) so Maura's grandmother lived during that period. That makes the trunk over a century old.

The trunk, despite its age, is beautiful. It's made of pine wood with metal clasps and hardware. The wood was originally covered with canvas, some of which is still there as parts have fallen off. Most of the leather straps have disintegrated.

Steamer trunks were not just intended for travel, they were used as containers for objects after arrival. Given their decorative beauty, that makes sense. One reason I pulled this trunk out of storage was to consider displaying it prominently in my future playhouse. Now I certainly will.

What's in your basement?! 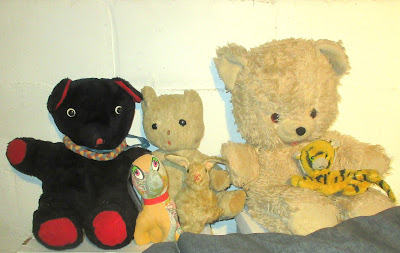 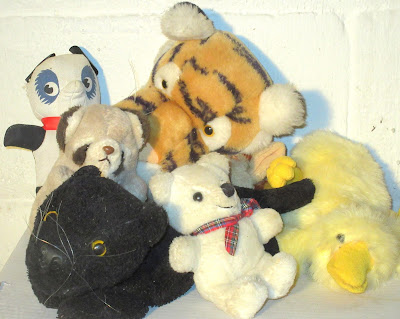 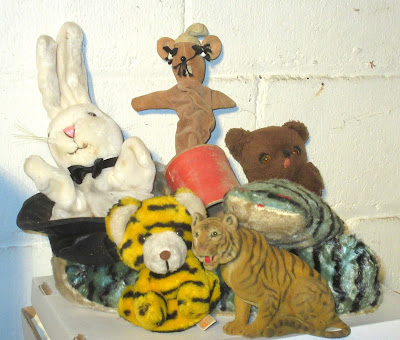 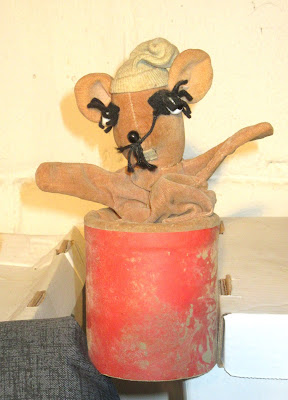 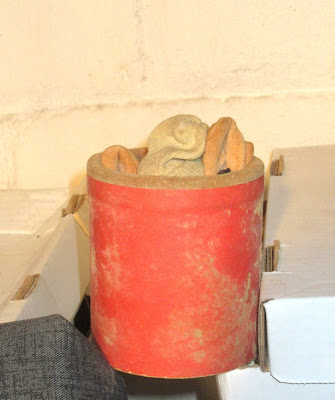 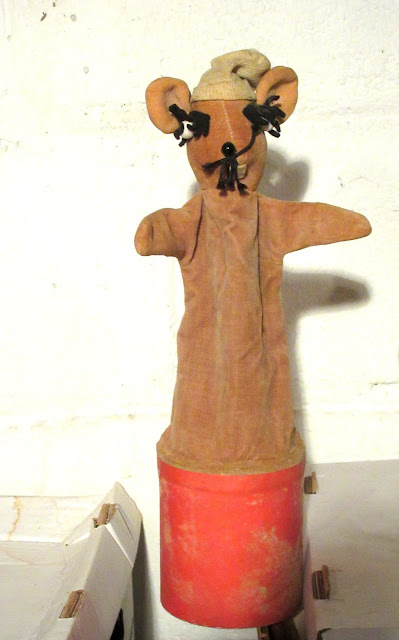