Few of us have exciting careers. Patrick Keeffe is an exception.

For several decades starting in the 1960s, Patrick worked in the field of print journalism. That’s what we call it now; back then, it had a more romantic name – Pat was a newspaperman. Classic movies have been made about such characters.

Pat grew up in the Midwest and first went west to San Francisco to work at several newspapers. Later, he and his wife Linda moved east to New York where Pat worked at several national magazines, like Esquire and Money.

I know Pat and Linda; they’re friends of mine and live in my hometown. When I learned Pat wrote a memoir about his career, I fired up Amazon and bought it (“City Desk: A Reporter’s Journey,” Patrick Keeffe). I recommend the book highly; it’s a lively account of an exciting life. 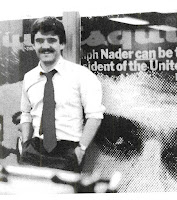 How exciting? Pat interviewed Neil Armstrong – the first man to walk on the Moon – during which Armstrong corrected the popular, but mistaken quotation about the words he spoke on that historic occasion. Pat reported on a 5.1 earthquake he experienced himself, as well as a major fire in an underground train system. Pat profiled a famous mountain climber who scaled Mount Everest. He even shook Bill Clinton’s hand when Clinton was President.

Best of all, Pat tells stories. The wild tales that were common in newsrooms back then. Once, a co-worker was fact-checking a story on Marlene Dietrich and called the famous actress on her private line. “For a long moment, there was silence on the line. Then Dietrich said, ‘Tell your editor to go fuck himself’.”

How did a young man with no contacts break into a glamorous field? Persistence. At the outset, Pat offered to work for free. When editors saw the quality of his writing, they felt guilty and starting paying him. Then, throughout his career, Pat met colleagues who referred him to others with job opportunities and spoke highly of him. That’s how a career is built.

There’s a lot to learn and be entertained by in Pat’s book. Buy a copy or ask me and I’ll lend you mine.
Posted by Shybiker at 2:51 PM