Hot Dogs Made In Beer 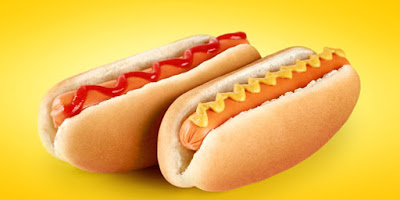 With pandemic restrictions, we're bored and need diversion. So I came up with an idea. It's actually an old idea which I transported into this new decade -- and it works.

Back in the Sixties and Seventies, there was a popular restaurant chain named Lum's. Their famous dish was hot dogs made in beer. They steamed frankfurters in the stuff. The beer's flavor infuses the franks. Memory of eating at Lum's with my parents put an idea in my head.

This week I made hot dogs and used beer instead of water. (I boiled 'em.) The process was easy and inexpensive. I recently bought a six-pack of German lager at LIDL at a very low price so using beer didn't cost much. And it enhances the flavor of the dogs and plumps them up. Of course you can dress your hot dog any way you like, such as adding mustard, onions, cheese and avocado.

What new ideas have you come up with during the pandemic?
Posted by Shybiker at 10:01 AM