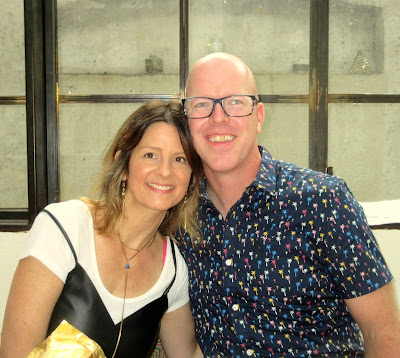 Those of you who've been around the blogosphere for a while may remember Megan. She and her sister Nora had one of the most entertaining blogs for many years. The blog was named Two Birds.

I loved that blog. The outfits were amazing and the personalities of the bloggers shone through like bright stars. I enjoyed the blog up until it ended exactly two years ago.

Fortunately, Megan, Nora and I are friends on Facebook so I've been able to stay in touch with them. I follow their lives with their families and children. Nora moved to California while Megan is still in Minnesota.

Three years ago, I went to Minnesota and meet four bloggers: Megan, Nora and Beth (who all lived in Minneapolis then) and Ashley who lived several hours north in Duluth. (Ashley now lives in California.) I had a blast that trip. I realized that Megan and Nora are two of the sweetest women on the planet. They were sooo nice to me. They have the kind of warm personalities that makes you hope you can be their friends. 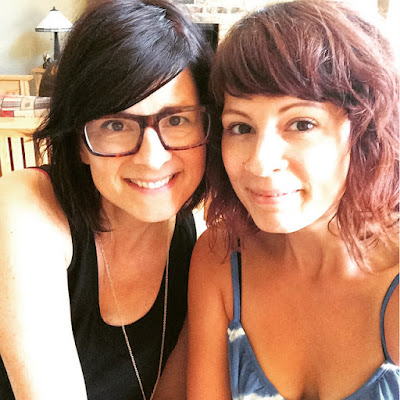 Since my trip to the Midwest, I've seen Nora again when she came to New York. I hadn't seen Megan again since she remained in MN and I haven't been back there yet. I was thrilled two weeks ago when Megan contacted me and said she and her hubby Chris will be visiting New York this weekend. I make sure to carve out time to see them and today I ventured into Brooklyn (Fort Greene) for brunch with one of the Two Birds.

Megan remains one of the nicest people I've ever met. She's so sweet. The three of us ate, chatted and had fun. Chris is (as Nora told me) a charming guy. Smart, genuine and kind. He and Megan make a beautiful couple.

While only here for a few days, Megan and Chris are doing a whirlwind tour. They walked a marathon-length exploration of the city and hit many highlights: museums, theater, etc. That's the way to see New York.

In advance of their visit, I did some investigation. I convinced Nora to leak secrets from Megan's youth, like how Megan was in The Green Onion Band in high school and that, in fourth grade, she made a huge paper-sculpture of a roadrunner. You wouldn't believe the shock on Megan's face when I asked her about these things!

It wouldn't be a fashion-blog post without comment on clothing. Megan put together an adorable outfit with the cutest leather vest. Chris impressed me with a fabulous shirt. That boy has serious shirt-game.  :-)  Megan's hair looks different from last time I saw her and is very attractive.

Best of all, these two gems are nice people. I'm happy to have them as friends. 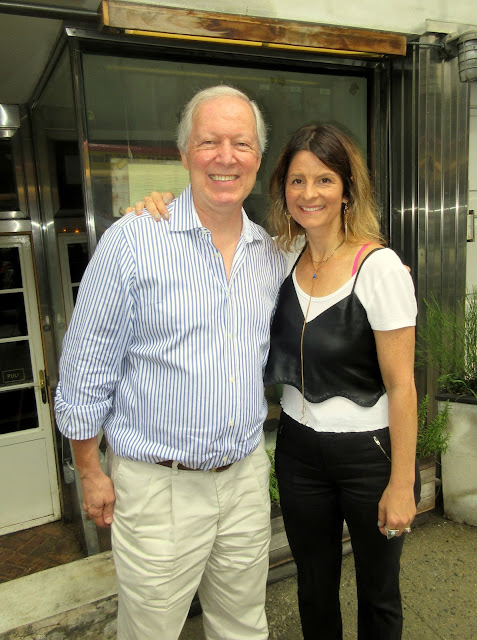