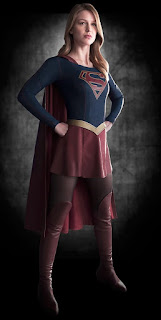 We all have a superpower. An ability that sets us apart from other mortals. We have a talent that's truly extraordinary.

For some, like Sheila, it's the ability to walk into a store, find the wildest, most eclectic items of clothing, and put them together into a cohesive outfit that stuns and impresses. For others, like Jodi, it's exceptional physical capacity; Jodi can run and swim for days. For a few, like Zoe and Fuzzy, it's an innate spirit of adventure that propels them on journeys the rest of us only dream about.

For me, it's a deep understanding of how both men and women think. My peculiar circumstance gave me this gift, which some consider a curse.

I was raised as a boy and have lived an adult lifetime as a man. I know male behavior, male society and male culture. To fit in, I learned how men think; what they like, what they fear. I know how to behave standing among men at urinals, how to make men relax in my presence, and how to achieve goals esteemed by male society.

In addition to this, I have some understanding of female life. Of course I haven't lived publicly as a woman but I've paid careful study to women and their lives for five decades. Every time I'm with a woman, I try to see what she's seeing. I ask her what she's thinking. I listen closely to her descriptions of life experiences. Some women are surprised at this heightened attention; most are flattered by it. My relationships and friendships with women have been mutually-satisfying due to it.

So, to a degree beyond that possessed by most people, I understand both male and female life. Sometimes I find this amusing; sometimes it's sad. There is a wide gulf between the sexes because our society, despite its proclamations of equality, is highly gender-segregated. For example, you may not notice this phenomenon because it's so common and feels so natural but as soon as a social group meets, men head off to talk with other men and women gravitate toward other women. Most people feel more comfortable in the company of their own gender.

This is my superpower. What's yours?
Posted by Shybiker at 12:08 PM