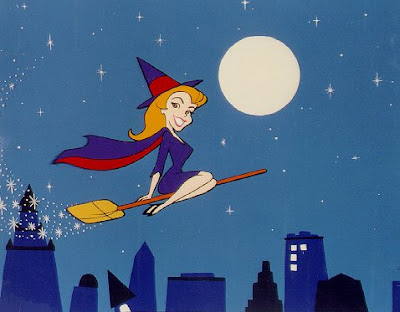 At impressionable ages, we're affected by the culture around us. In my childhood, I was deeply affected by a television show called "Bewitched." It was hugely popular in the 1960's and later syndicated so you may have seen it. Have you? 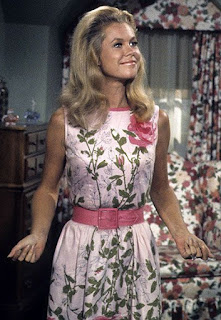 The show is noteworthy for several reasons but what hit me was its surprising presentation of women. The show centers on a woman, Samantha, who is ostensibly a suburban housewife. Her character is contradictory -- on the outside, she looks like a traditionally feminine housewife but, in reality, she's a witch with potent powers (to move objects, cast spells, change people's minds). Samantha struggles to conceal her powers, especially from her husband, because displaying power was considered unfeminine back then. While her husband knows she's a witch, Samantha promised him to refrain from exercising her powers except in emergencies.

Thus, while Samantha is frequently in control of domestic situations, she pretends not to be. When aware of hidden realities, she pretends she's clueless. In essence, the scripts frequently plume the conundrum that women of that era faced -- how to reconcile their natural abilities with restrictive social expectations. Not insignificantly, Samantha uses a male nickname ("Sam") which hints at this.

I'm sure many kids, mostly girls but also me, learned about gender from this light-hearted comedy. How should women behave when they possess real power? Flaunt it? No. Display it openly? No. Use it for good without taking credit? Yes. There are important social lessons being taught by this show.

The first season (which is the best) is now on DVD and I've been re-watching it, this time with wiser eyes. In addition to the show's social dynamics, I'm reminded of how mesmerized I was at Samantha's extremely attractive femininity. Truthfully, I still am. Sam wears beautiful cocktail dresses (even when doing nothing at home), always has on false eyelashes and full makeup, and stands tall in high-heeled pumps. She's effortlessly gorgeous in a traditional way. And that effortlessness took hours of work by costume-designers and makeup-artists. I'm attaching some pictures below which demonstrate this.

Did you watch the show? What did you think of it? 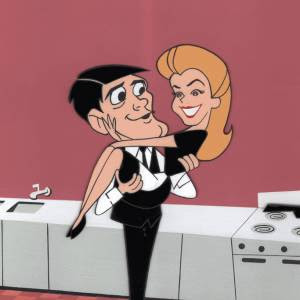 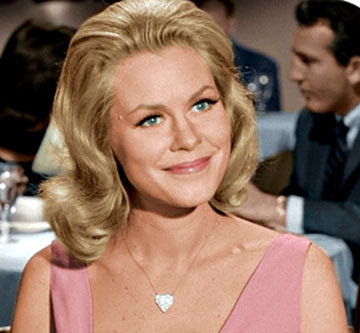 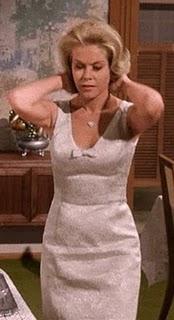